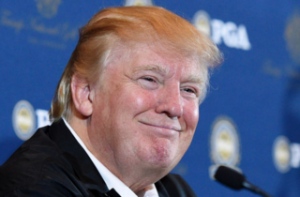 As a person who spends the better part of each day writing for a blog that covers political news and then going home to read more political news, a problem I run into a lot when talking to my friends is that they have to ask me to stop and tell the background story for half the things I say. I tried to laugh with someone over the weird ad Jeb Bush‘s campaign released about Marco Rubio in January, for instance, but I ended up having to explain Rubio’s funny footwear and history of flip-flopping on immigration policy.

It ended up being way less funny when I finally got around to playing the stupid ad and that was when I realized I live in a political blog bubble.

In 2016, we’re at an uncomfortable media juncture. My parents still wait until the evening news on cable to get their fix of current events. By the time they get a very general overview of something from an anchor, I’ve watched that topic’s evolution as a trend and eventual meme on Twitter and am now capital-O Over It. My family is not the only one with this generational gap, either. Look at this:

55% of adults haven’t heard about any of these Trump stories. 10% have heard of #NeverTrump. pic.twitter.com/B8hvoAHrbF

Republican strategist and poll-watcher Patrick Ruffini tweeted the results of a poll that shows just how few people have actually heard about some of the stories that have all but dominated conversation in the political blogosphere.

26.7% of adults had heard of Donald Trump‘s disinterest in disavowing the KKK and his eventual follow-through on doing it. 20% had heard about all the drama surrounding his failed, “University”-branded seminars. 16.8% had heard about Trump’s hands. John Oliver‘s monologue on the mogul, which 18 of my peers shared on Facebook, was known by only 13.1% of the poll’s respondents; I did the math and learned that what I had thought was a large number of Facebook shares breaks down to engagement from only .012% of my connections on the site. Oliver mentioned the failed “Trump mortgage” in his monologue, which 12.9% of those surveyed had heard of. That’s the only item on the list that we here at Mediaite haven’t specifically covered. The last item is the #NeverTrump tag on Twitter, which we did a whole write-up on.

55% of the people polled had never heard of any of those things. Jeet Heer thinks he knows why:

Fair enough. Even I knew two weeks ago:

Thanks to Twitter, I live in a bubble where I think EVERYONE ON EARTH is freaking out over Scalia’s death.

But what do we do to raise awareness of the goings-on with various candidates? Sharing articles on social media doesn’t seem like a cure-all, and even the addition of a “trending” section on Facebook doesn’t seem to have helped. Vowing to have more conversations about current events with co-workers and family members is nice, but can seem like an inconsequential platitude at this point, not to mention can boil up bad blood in a family.

The key to that is the 60% of more of voters who don’t behave rationally, who are low information and subject to bandwagon effects

Those who haven’t heard of the latest minutia of each candidate’s personal life and campaign will likely still vote. “Low information” voters are still voters. In fact, recall last week, when Trump won in Nevada and declared, “I love the poorly educated!”

Obviously, the low information voters are an asset to politicians looking to get nominated, but are a detriment to a country that runs democratically. The problem isn’t new, either. Websites seeking to inform voters before they hit the all-important polling place were around during the elections in 2012, too.

It will be difficult to nail down a solution to this issue until all of what Jeet called “political people” realize that not everyone is “political people.” Until then, the low information voters will continue to carry races and make long-lasting imprints on the American political landscape, whether they even know it or not.