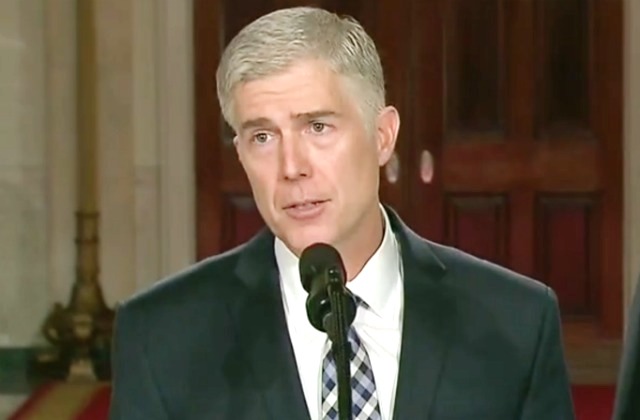 Senators Joe Manchin and Heidi Heitkamp have become the first two Democrats to publicly say they will vote to confirm Neil Gorsuch to the Supreme Court.

Both senators — one from West Virginia and one from North Dakota — released statements on Twitter this afternoon:

I will vote to confirm Judge Neil Gorsuch to be the ninth justice on the Supreme Court. pic.twitter.com/MpVbaqf0LB

I will vote for Judge Neil Gorsuch to serve on the U.S. Supreme Court. Here’s my full statement: pic.twitter.com/pDdhde7mGF

Senate Democratic Leader Chuck Schumer has been fighting against Gorsuch and arguing that if Gorsuch does not receive 60 votes in the Senate, Republicans should “change the nominee,” not the rules.