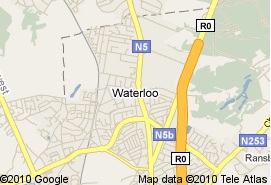 White House Press Secretary Robert Gibbs tweeted this morning that “Employers added most jobs in 3 years in March,” and although, as Jake Tapper notes, almost a third of those are temporary census jobs, this is unquestionably good news.

Well, not for everyone. On the heels of their defeat on health care reform, the GOP has pursued an ill-advised and impossible “repeal and replace” strategy. Once a shoo-in to make big gains in November, the Republicans must now face the nightmare scenario that, given a little bit of help from the economy, Democrats could actually increase their majorities in the midterms. After the jump, a look at how the jobs report is unspooling, and how the Republicans should handle this news.

As David Frum continues to note, Republicans have exploded a health care grenade in their own foxhole. It’s not at all clear that anyone but the Tea Party crowd even wants the bill repealed. The fact that they can’t do it makes this not just a dubious threat, but a hollow one as well. Worse still, they’ve gone all in against the bill to such a degree that they can’t even take credit for the Republican ideas that made it in.

Add to that the crippling of the RNC at the hands of the Voyeur club, and this jobs report comes at an awful time for the GOP.

Here’s how the jobs report is playing out around the blogosphere. Over at Hot Air, Ed Morrissey finds the silver lining with the headline “Breaking: Unemployment stays at 9.7%.”

The Bureau of Labor Statistics published a good news/bad news report on employment today.  The unemployment rate remained high at 9.7% in March, the same figure as in February.  The economy added 162,000 jobs, with half coming in temporary or government work, as the Census Bureau began hiring its survey workers.

This is clever, lumping temporary and government jobs together. It’s a bit like saying that Hank and Tommie Aaron hit 756 home runs, and I doubt many unemployed Americans would turn their noses up at a government job right now.

Both Talking Points Memo and the conservative Daily Caller are running the same AP story that Gibbs tweeted, but Daily Caller adds their less-rosy headline “The Upside of Down: Job numbers lean heavily on census employees while unemployment rate means unchanged.”

Huffington Post is running a huge headline about the “Biggest Jobs Gain in US Since 2007,” but also ratchets down the excitement by pointing out the still-alarming state of our economy.

In a way, the White House seems to be playing right along with the Republicans on this news. The Hill reports that while House GOP Leader John Boehner pooh-poohs the census and government jobs, the White House is also trying to hold down expectations:

Treasury Secretary Tim Geithner in an interview Thursday on “The Today Show” warned that unemployment will remain “unacceptably high” for some time.

Geithner said it would simply take more time for the economy to recover given the “huge amount of damage” done during the recession. The country lost 3.7 million jobs between December 2008 and March 2009 alone.

“The economy’s growing now, that’s the first step,” Geithner said. “But the unemployment rate is still terribly high, and it’s going to stay unacceptably high for a long time.”

This is smart on the administration’s part. By mitigating the jobs report, Republicans are actually helping the Democrats. If they were smart, they’d be trying whatever they can to raise expectations, or at least hold fire until June, when those census workers are let go. As it stands, this just seems like sour grapes to casual observers.

There are 7 long months to go until November. The Democrats have a strong pair now, which is not the time to start firing chips into the pot. The GOP should be checking their bets until they know what cards they’ll be dealt between now and then.