Marie Osmond is Willing to Perform at Donald Trump’s Inauguration 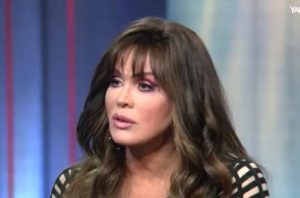 President-Elect Donald Trump claims he doesn’t want celebrities at his Inauguration. If he is looking for extra performers, though, he might want to ask Marie Osmond. In a recent interview with Yahoo News, she says that though she hasn’t been asked, she would step up to the plate if she were, saying, “I think when it comes to our country we need to unite, and to not support our President… I think is wrong.”

She continued, saying “I think we should all support our president whether we’re happy or sad… We should come together and I think an inauguration should be a time to unite. It really should.”

As far as these things go, Osmond would be a good choice. She has experience with the gig, having played with her brother Donny at Ronald Reagan‘s inauguration in 1981.