Mark Levin Goes Ballistic On ‘Stupid,’ ‘Sick-Minded’ Caller, Shouts At Him Repeatedly Before Kicking Him Off
audio

Mark Levin Goes Ballistic On ‘Stupid,’ ‘Sick-Minded’ Caller, Shouts At Him Repeatedly Before Kicking Him Off 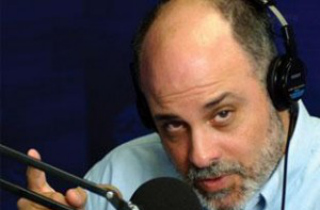 Last night on his radio show, conservative author Mark Levin went ballistic on a liberal caller, repeatedly cutting off the guest’s audio and berating him for being “very sick” in his belief that the Newtown gun massacre was more outrage-worthy than the Boston Marathon bombing.

During the preceding commercial break, Levin and/or his producers vetted a potential caller named “Jason” and discovered that he had an antagonistic question for the conservative host. When the show returned from break, Levin mocked the potential for “this liberal to finally get me” and then allowed Jason to restate his premise, which was:

“I just don’t understand all this outrage over the three people killed in Boston, yet it wasn’t even close to this much outrage when 26 people died at Newtown. I’m trying to figure out what the difference is.”

The producers briefly allowed the caller’s voice to cut through, but Levin demanded they cut his audio again: “You’re a foil, pal. Just pay attention. I’ll try to educate you but I figure you’re just over the edge.”

As he is wont to do, Levin then let it all fly at the caller:

“You’re a very sick man. There was outrage from one end of this country to the other, over what happened in Connecticut. People were horrified — horrified! — that 20 little babies were murdered, and six brave adults were murdered. Disgusted and horrified. You liberals seem to think that if we don’t embrace your agenda, that somehow you’re more compassionate than we are, that somehow life is more important. And yet look at you. Notice you didn’t mention the slaughterhouse in Philadelphia. And that piece-of-crap, that mangler there keeping in jars different feet from different babies. Notice how you steadfastly avoided that because you’re very sick.”

He then asked the producers to un-mute Jason’s volume, only to shout him down again: “Hey! Quiet down! Are you paying attention? Because I’m trying to educate you for once in your stupid life.”

He then brought Jason’s volume up again, only to tell him to “shut up!” and mock him for potentially being in the midst of “road rage” right now.

When he checked in with Jason one final time, the caller began to say “You’re so afraid,” before being shut down again. “Jason’s so smart. I’m so afraid of him,” the host sarcastically said. “The problem is, ladies and gentlemen, that if I let him back on, he’ll just keep talking over. And that’s monotonous.”

Upon asking the producers to bring him back one final time, Levin yelled: “Now get off the phone, you big dope!”