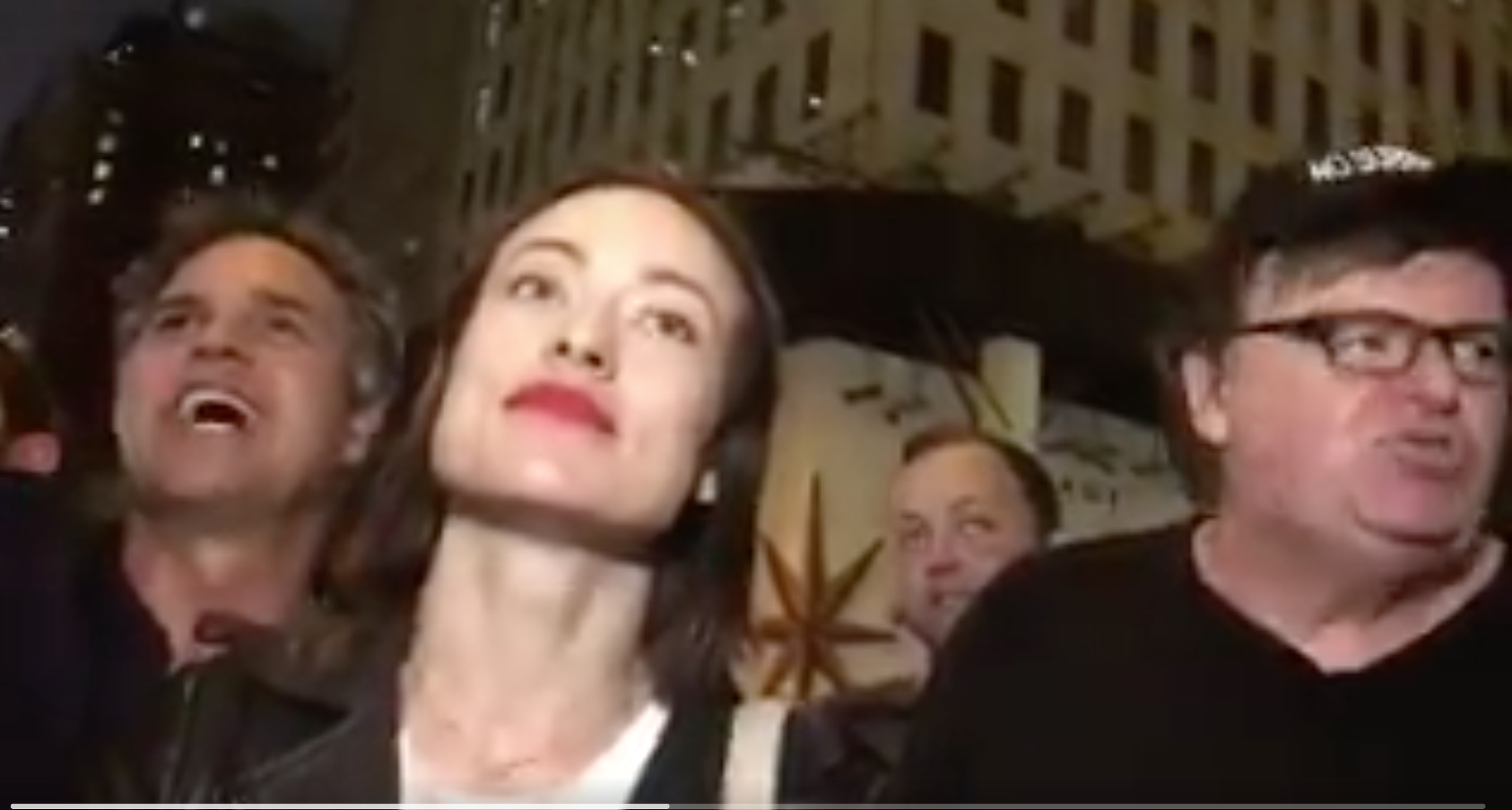 It was a star-studded protest outside Trump Tower Tuesday night.

Ashley Lee of The Hollywood Reporter captured some highlights.

here at #TrumpTowerProtest @MMFlint and @MarkRuffalo are leading the rally and tribute to Heather Heyer. https://t.co/PFfJ08I54a pic.twitter.com/FcD4fYCpxs

The Avengers actor accused Trump of “allowing” fascism, the KKK, and Nazis “to show their ugly face” and led a chant shouting the name of the Charlottesville victim Heather Heyer.

Watch the clips above, via Ashley Lee.