Matt Schlapp and Matt Dowd Get in Fierce Twitter Spat: ‘You Have No Principles’ 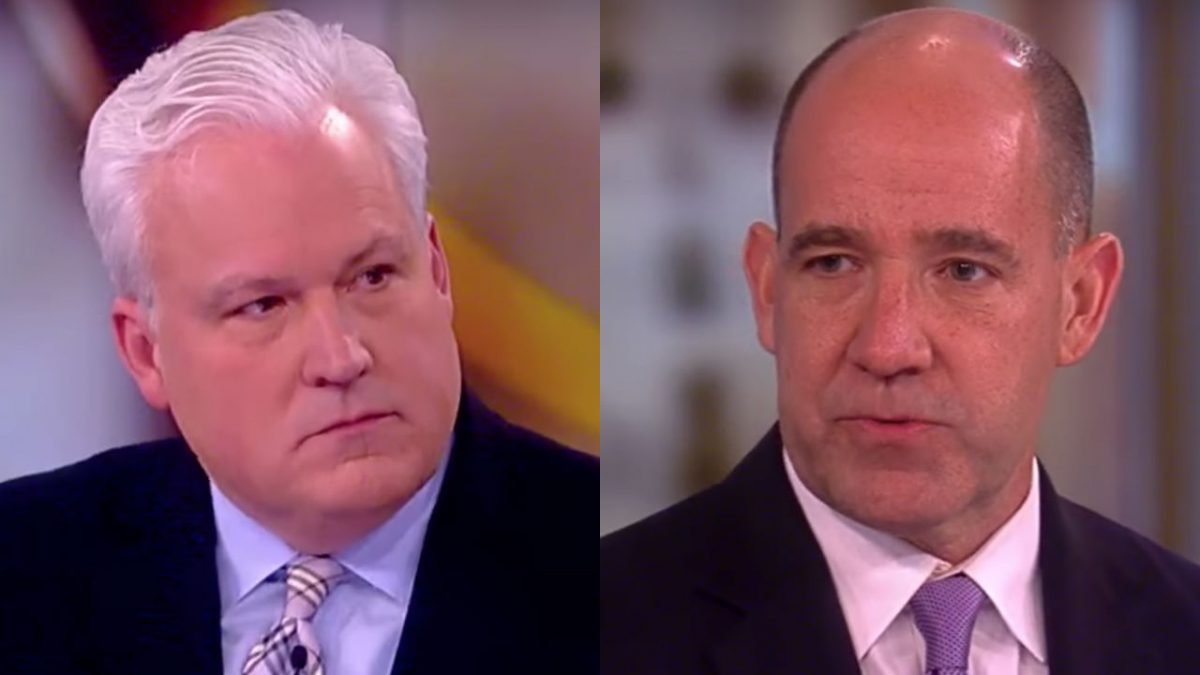 You may remember that controversy last week over one official’s racial insult at CPAC aimed at former RNC Chair Michael Steele. Steele was incensed and confronted Schlapp directly, expressing bewilderment about how part of Schlapp’s response to was to point out his criticisms of the GOP.

And with Schlapp still facing questions about it this week, Dowd weighed in by taking Steele’s side:

I know both of these men fairly well. I would take Steele over Schlapp in a foxhole any day of the week. https://t.co/IMxQmVMiky

Matthew you've actually been taking Debbie Wasserman Shultz and Perez over all of your former gop friends. https://t.co/XD2ovAoVnX

Matt, unlike you, i have been taking the truth and integrity over partisanship. You might try it.

And by the way, the vast majority of my friends from the Bush world are aligned with me today. And you know that.

Actually you just take the best offer that comes around Matthew. Whatever it takes I guess https://t.co/XTe53PmR18

Wow. Matt, that is called projection. My loyalty is to the truth. Not to a party. Our country would be better off with leaders that did that. And by the way, you abandoned your principles to serve Trump. Sad.

Matthew you have no principles. On the bush campaign you pushed us all to the right. Now you act like that's beneath you. https://t.co/lxCpsrCWRO

Wow. You do not want to go here. This is so laughable. And why are you lying? Enough with you. As i said to you in person, you have lost your principles. And as i said on air on abc, you need to take truth serum.

No lying Matthew. All truth. You helped elect and re elect a man you then turned on. Now you turn on all your former colleagues. #chameleon https://t.co/BhJo6R2AJq

Yes i did. And i broke with him over the Iraq War and the divisions that grew in the country. It is called putting principle over party. Loyalty to the truth over power. And you are a minority part of the Bush crew who has chosen a different way.

The two of them previously got combative on ABC’s This Week back in January when Schlapp told Dowd, “Quit saying I’m a liar, Matt!”