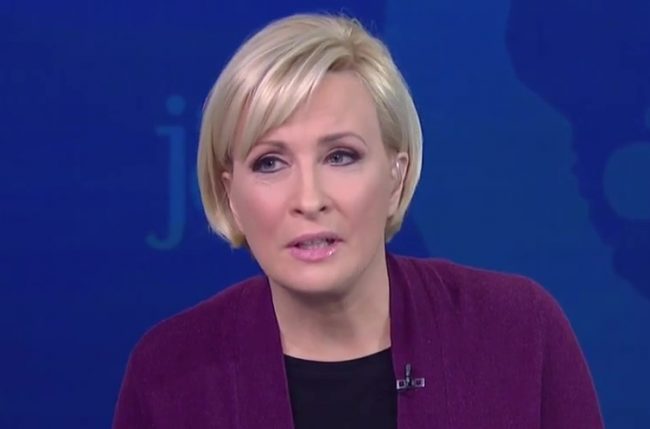 One of the details in the ongoing Donald Trump–Morning Joe feud you may not have been aware of is a little tidbit concerning First Lady Melania Trump.

Brzezinski spoke to InStyle about that ongoing feud and the President’s nasty tweet about her, and at one point she was asked about the First Lady and her cyberbullying campaign:

On the show, you mentioned how you know Melania Trump. Her campaign as the First Lady surrounds cyber bullying…

I know Melania. I haven’t talked to her in months, but if my gut is right, I don’t think she’s going to put up with it much longer. I know nothing. That’s just my instinct and I go with my gut and my gut’s always right. I’m just telling you, Melania’s got the worst job in the country and I don’t think she wants do it a lot longer. I think she will do it for as long as she has to for her son, and that’s it.

The Daily Mail obtained a brief statement from the First Lady’s office responding to Brzezinski’s comment:

It is sad when people try to further their own agenda by commenting on me and my family, especially when they don’t know me.

Despite talking about how she wants to deal with cyberbullying in the past, the statement from her office yesterday about the tweet going after Brzezinski’s looks said that “as the First Lady has stated publicly in the past, when her husband gets attacked, he will punch back 10 times harder.”