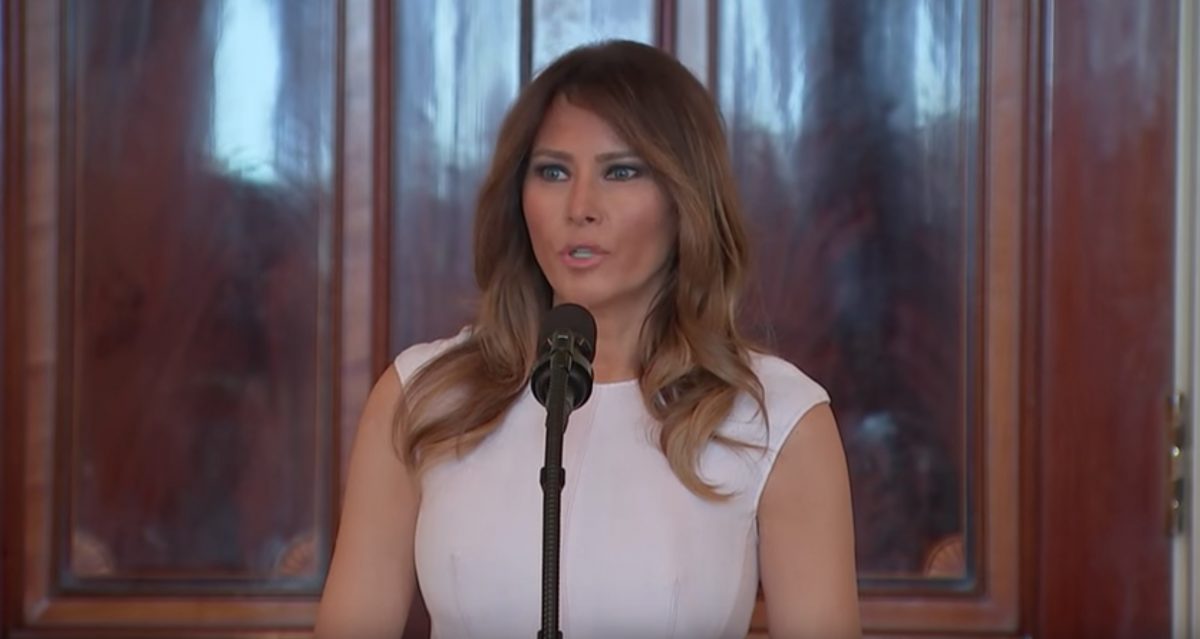 Melania Trump‘s press office is slamming the media for their critical coverage of the First Lady in light of yesterday’s policy rollout speech.

When Mrs. Trump outlined the tenets of her new “Be Best” initiative, she re-affirmed her interest in addressing cyberbullying as a national issue. Of course, President Trump tweets mean, often personal attacks against his critics on a regular basis, so a lot of media observers rather doubt FLOTUS will have any substantial impact on this topic.

Beyond the cyberbullying debate, various media figures have noticed that Mrs. Trump’s initiative looks like a rebranded version of a social media pamphlet from Barack Obama‘s presidency. The last time Mrs. Trump was connected to accusations of plagiarism, it was when she copied parts of an old Michelle Obama speech while speaking on her husband’s behalf at the 2016 Republican National Convention.

In response to all of this, FLOTUS’ spokespeople released a statement condemning the “opposition media” for dampening her policy platform with “baseless accusations.”

Extraordinary statement from the First Lady’s office about “opposition media” coverage of Melania Trump’s “Be Best” roll out.

“I encourage members of the media to attempt to Be Best in their own professions.” pic.twitter.com/IEB74R6WPb