Member of Obama’s Privacy Board: White House Thought Our NSA Report Was Too ‘Liberal’

Member of Obama’s Privacy Board: White House Thought Our NSA Report Was Too ‘Liberal’ 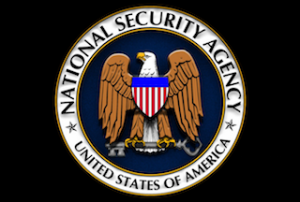 Following the initial revelations over NSA surveillance, President Obama met with the Privacy and Civil Liberties Oversight Board for the first time in his presidency. The purpose of the group is to address the civil liberties concerns over NSA surveillance, and its most recent report found that the NSA phone metadata program is illegal. The White House, however, completely rejected the board’s findings. And now one member of that group is speaking out, saying that when they presented their findings to the White House, the report was viewed as too “liberal.”

Geoffrey Stone, a law professor at the University of Chicago and member of the oversight board, said the White House was being dragged so far to the “right” by intelligence officials, their report looked liberal to the White House in contrast.

“And instead of our report being truly understood as a middle ground, based upon taking into account all of those perspectives on both sides of the spectrum, I think the White House got moved by thinking of our report as a liberal report,” Stone said.

He expressed hope that there are people in the White House “sympathetic to this” and that they and others will continue to push back and the Obama administration’s feet “be held to the fire on these issues.”