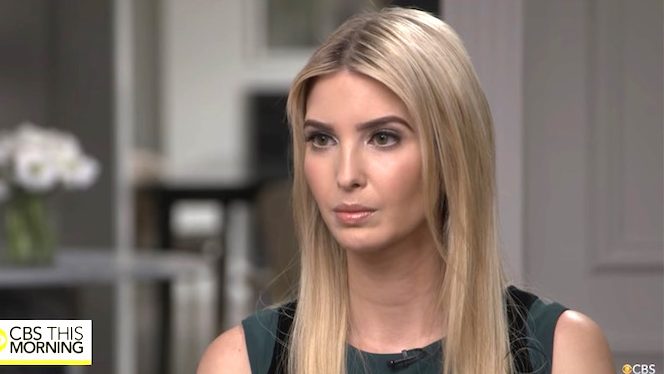 Today, during Gayle King‘s CBS This Morning interview with Ivanka Trump, the first daughter was asked about critics who say she and her husband Jared Kushner are “complicit in what is happening to the White House.” She responded by saying, “If being complicit is wanting to… be a force for good and to make a positive impact, then I’m complicit.” She added, “I don’t know what it means to be complicit.”

Apparently, that’s the case for a lot of people, because according to Merriam-Webster’s dictionary, after she said that she doesn’t know what it means, lookups for the word complicit spiked:

?’Complicit’ is our #1 lookup after Ivanka Trump told CBS “I don’t know what it means to be complicit.” https://t.co/HEqWBltPUc

This is not the first time Merriam-Webster has done some light trolling. Back in November, after President Donald Trump‘s victory, they tweeted the most searched words:

?A fact is a piece of information presented as having objective reality. https://t.co/gCKRZZm23c