Michael Flynn Jr. Attacks Washington Post, Questions If They Should ‘Continue to Operate’

Michael Flynn Jr. Attacks Washington Post, Questions If They Should ‘Continue to Operate’ 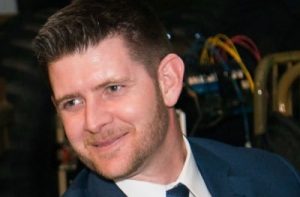 Michael Flynn Jr., the son of incoming Donald Trump national security advisor Gen. Michael Flynn, attacked The Washington Post Wednesday for publishing what he called “fake news” and questioned whether the paper should continue to operate.

Flynn’s attack on the Post for “fake news” is ironic given that he himself was recently removed from the Trump transition team for spreading the fake “Pizzagate” conspiracy, even after it led to an armed attack on a D.C. pizzeria. It’s also a bizarre attack given that Flynn’s tweet doesn’t even link to a Post “article,” just government documents on his father’s wrongdoing that were republished by the paper.

The phrasing of Flynn’s tweet worried many journalists on social media, who interpreted it as a veiled threat given his likely role in the incoming administration.

“Should they continue to operate?”

Advisor to Pres-Elect, son of a General sworn to defend the Constitution and 1A,

Calling for suppression of the press https://t.co/wazygm7PNw

Flynn’s son seemingly suggesting Washington Post should not be allowed to publish facts he doesn’t like. https://t.co/P2ei4ppVwp