Michael Flynn’s Brother Calls on Trump for Pardon: He Took ‘The Biggest Fall’ For You 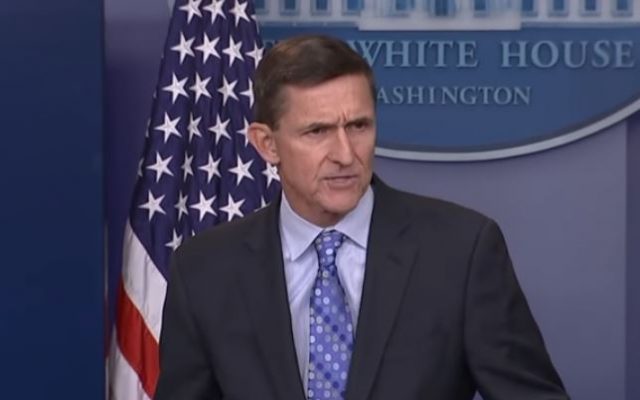 Yesterday, Trump went on a brief Twitter tear where he bashed the “tainted” FBI and “bogus” Fusion GPS dossier after the topics came up on Fox & Friends. In response to that, Joseph Flynn sent out a now-deleted tweet where he demanded that the president absolve his brother after taking “the biggest fall for all of you” amid the ongoing Russia investigations. 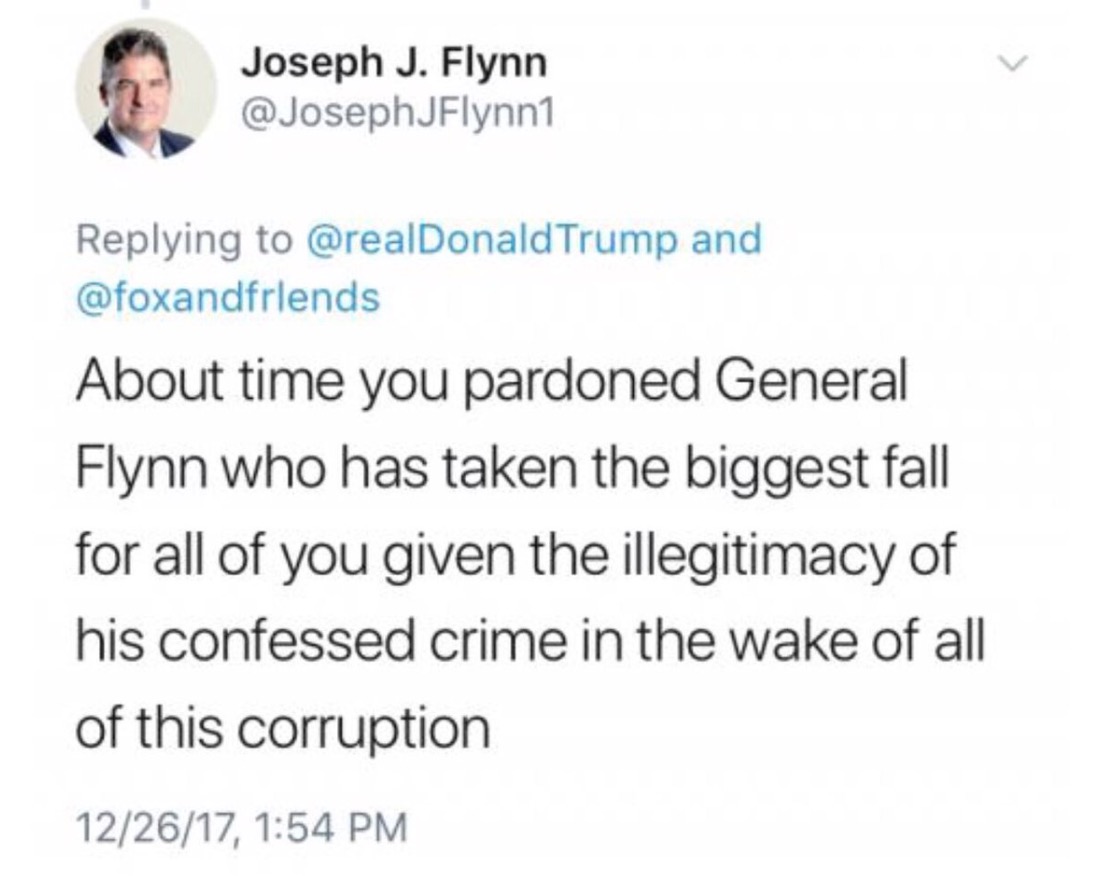 Flynn confirmed to Newsweek that he sent out that the deleted tweet, and even followed it up later with another one, again calling for a pardon for his brother.

Mr. President, I personally believe that a pardon is due to General Flynn, given the apparent and obvious illegitimacy of the manner in which the so called “crimes”he plead guilty to were extracted from him. I ask for quick action on this. Thank you and keep up the good work!

Earlier this month, Michael Flynn pled guilty to lying to the FBI about his connections with Russia. He is now believed to be cooperating with federal investigators as they continue to investigate potential Trump-Russia collusion.

Trump previously suggested that he might pardon Flynn in the future, telling reporters “we’ll see what happens.”