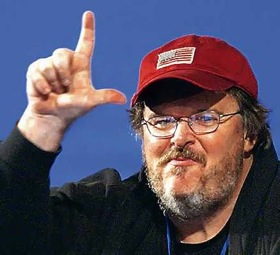 Michael Moore‘s disenchantment with the Democratic Party and the Obama administration he had appeared to become comfortable with has hit an all-time high. While Moore’s troubles with the party are nothing new (he has tweeted his sorrows in the past and, during the 2008 election, highlighted the ways the party could lose his support), his latest statements in an interview with Raw Story indicate that Moore is ready to make a definitive break from the Democrats and, perhaps, move to support a third party in the future.

In the exclusive interview, Moore refuses to mince words about his thoughts on the health care reform debate and the Democratic Congress’s behavior throughout its time in power. Moore, a vocal supporter of socialized health care (his 2007 documentary Sicko attempted to portray the poverty-stricken Cuban health care system as superior to that of America), is fed up with the Democrats’ inability to enact the reform he would like to see. Or, in his words:

“These Democrats are a bunch of wusses,” Moore told Raw Story in a hard-edged interview Wednesday. “They don’t have the courage of their convictions. They won’t stand and fight”

“It’s embarrassing, it’s disgusting and I won’t have it anymore,” he told Raw Story, mocking them in a baby’s voice. “I’m sick of them.”

Those are quite some fighting words from the man who did so much to dismantle the image of the Bush administration with Fahrenheit 9/11. Beyond that, it appears that Moore has developed some respect for his colleagues on the other side of the aisle, stating: “You really have to admire the Republicans on some level, because they stand up for what they believe in… They come into town, and when they win, oh they win. They come in with guns blazing.”

With new contempt for the left and a longtime disgust for the right, Moore is in a lonely position, though one increasingly common among American political figures. Moore’s departure from the moderate left (was he ever there?) is symptomatic of a larger radicalization that can probably most accurately be traced back to the recent rise of Glenn Beck (a comparison that has been made before). Yes, there had always been Ralph Naders and Ross Perots operating outside of the two-party system, but they were consistently persecuted by media gaffes of their own creation and their refusal to make their stances more palatable.

As for political figures taken more seriously, before Beck, all the extreme right had was Rush Limbaugh—who essentially controlled the Republicans and thus didn’t attack them—and Sarah Palin, a party member. Beck revolutionized the political scene because he unabashedly stood up against the Republican Party rather than becoming a force within it. Every time the GOP reared its head behind him, Beck pushed it away, whether it be Palin suggesting he should run on her presidential ticket or his invitation to CPAC.

Moore’s repudiation of the Democrats comes from a similar place on the left, one where the party has failed its ideological purist and lost the trust of their most loyal allies. It comes from the frustration of an administration that campaigned on the extreme left being forced to govern from the center without the media savvy to prevent being depicted as completely docile or incompetent. Just as it shouldn’t really be a surprise, but still is, to watch James Carville quiver in fear as he examines the Democratic playbook, so too is it unexpectedly jarring to see the inevitable departure of Michael Moore from Team Obama. The question is: where does he go from here?