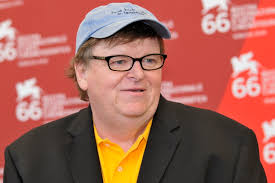 Moore directed his followers to visit Trump’s page and report the business mogul, alerting the website that “it shouldn’t be on FB” because it is “hate speech.” 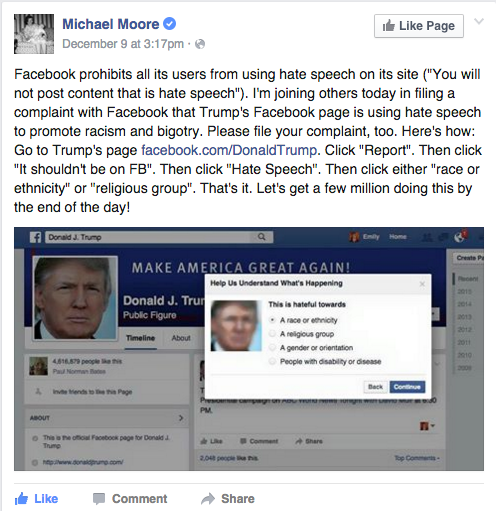 “Then click either ‘race or ethnicity’ or ‘religious group,'” The Fahrenheit 9/11 director offered, referring to Facebook’s survey that asks users to identify who the speech is hateful towards. The other two options provided by the survey are “a gender or orientation” or “people with disability or disease.”

“Let’s get a few million doing this by the end of the day!” Moore added.

It’s no secret that Moore is critical of the Republican presidential candidate; in September he declared that Trump “is batsh*t crazy” and his campaign “is not performance art.” And on Tuesday, the liberal activist posted a photo to Twitter, informing his followers that he was singing “Trump themed” Christmas carols outside the National Republican Center: