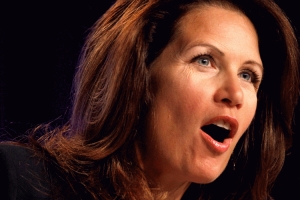 Michele Bachmann’s son has recently joined an organization that takes well-trained teachers and has them commit two years to teaching in low-income areas in an attempt to make sure children from those areas get the education they deserve. It sounds like a lofty and selfless act, right? One that would make a mother proud. However, that might be the case as some have noticed that the organization is Teach for America which is part of AmeriCorps, a group that the elder Bachmann once called a “re-education camp.”

“I believe that there’s a very strong chance that we will see that young people will be put into mandatory service. And the real concern is that there are provisions for what I would call re-education camps for young people, where young people have to go and get trained in a philosophy that the government puts forward and then they have to go to work in some of these politically-correct forums. So, it’s very concerning. It appears that there’s a philosophical agenda behind all this. And, especially if young people are mandated to go into this, as a parent, I would have a very, very difficult time seeing my children do this.”

Well, we all disappoint our parents eventually. God, I still remember the day I told my folks I was going to leave our small coal mining town and never again work in my dad’s store, The Mom and Pop Coal Mine Shoppe (we sell coal mines). Instead, I was going to move to New York and follow my dream of being a big city dentist! Clearly, I got a little mixed up along the way but it was still a big moment. So, God speed, younger Bachmann! Follow your dreams!

Check out the quotes in question from KTLK-AM below: