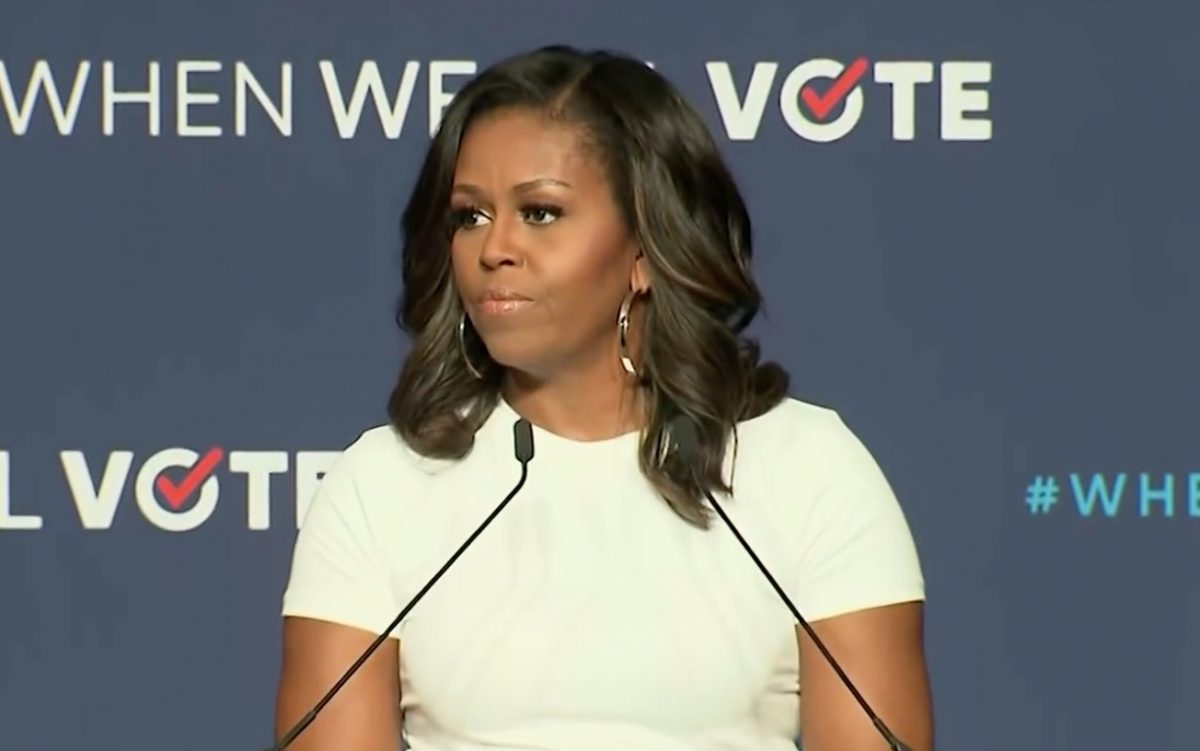 Michelle Obama‘s Becoming has been on the shelves for just one week now, but it’s already on track to become the fastest selling book of 2018.

The former First Lady has been generating a lot of buzz between her ongoing media tour and the bounty of personal revelations from her new memoir. According to a report from Forbes, publishing company Penguin Random House has seen impressive sales numbers ever since the books release.

Becoming sold over 725,000 copies in its first day out, and Barnes & Noble said in a press release that they just had the biggest first-week sale of any book this year. The news suggests that Obama’s memoir has surpassed Fear, Bob Woodward‘s extensive exposé on the Donald Trump White House which sold over a million copies in its first week.

“We knew Becoming was going to be one of the biggest books of the year, but it has now officially had the best first week of sales of any book in 2018, and is among the fastest sellers in Barnes & Noble history,” said Senior Director of Merchandising Liz Harwell. “This is definitely the must-have book of the holiday season.”

Forbes says Penguin Random House is currently printing more copies of Becoming, and since their first print of the book produced 1.8 million copies, it seems they’ll soon have 2.6 million total in print, plus all of the other formats in which the book is currently being sold.