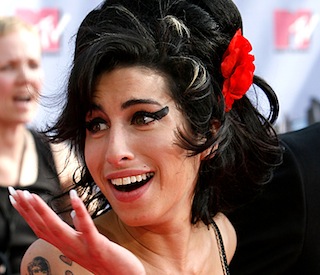 As we all know, there are many stages of grief a person goes through when someone dies. There’s Anger, Denial, Acceptance, and, of course, eventually An Attempt to Profit Financially. Which is why it’s surprising that so many people are angry over an official Microsoft public relations Twitter account asking followers to “remember” the late singer Amy Winehouse by purchasing one of her albums from them. Maybe they just got to that stage a little early?

This morning, the British account @TweetBox360 sent out this message:

Soon after, tons of Twitter users were registering their outrage, calling the tweet “callous” and “thoughtless.” It was quite a big reaction considering the Microsoft account has less than 2,000 followers in the first place. Shortly after, Microsoft was forced to apologize (although, as of this writing, they have not deleted the initial tweet):

Really though, was what they did that over the line?

In fact, the Tweet was an example of a fairly common practice. Presumably since the days of the Victrola, record stores have always made the works of recently departed artists readily accessible. Would anyone have thought it that odd if they walked in to see a special Nirvana section in a store circa April ’94? Sure this may seem callous, but it also represents an undeniable fact of life; when someone talented dies, fans both new and old want to commemorate their life by listening to (and therefore purchasing) their work. It’s always been the case and, judging by album sales the past few days, it’s the case now. Microsoft is just giving the people what they want. And they’re not even the only ones doing it.

As Mashable’s Sarah Kessler points out, Microsoft’s competitor Apple is greeting fans with this image on the front page of their iTunes Store: 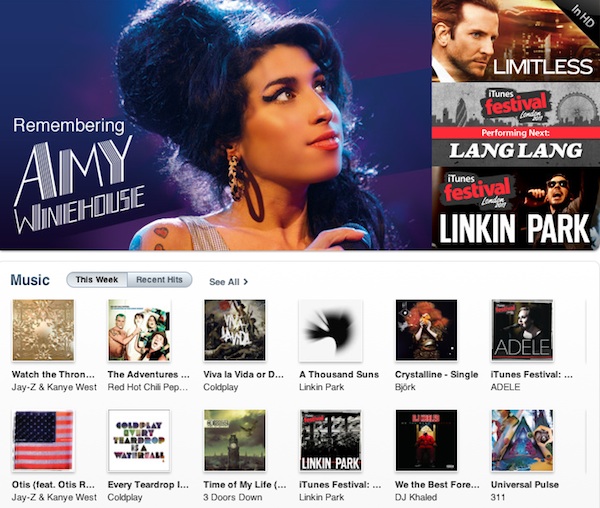 It shouldn’t take you too many guesses to figure out what happens when you click that lovely picture of Ms. Winehouse. No, it does not take you to a memorial page where fans can share their fondest memories.

Both Apple and Microsoft seem to think that the best way to “remember” the gifted singer would be to give them money. So why hasn’t there been an uproar over that image? Personally, I think the problem lies at the feet of Twitter itself. Both companies were looking to make a profit (no matter what those apology Tweets say), but Microsoft went about it in a venue that allows easy comment. iTunes users may have found the image tasteless, but they couldn’t register their complaint with the click of a Retweet button. And then Microsoft only made it worse with the apology Tweets by tacitly admitting what they did was wrong.

Yeah, it might have been a little bit wrong. But it’s a wrong that’s existed since the beginning of commerce. Sadly, if they had just put a little more effort into hiding their intentions, no one would have noticed.