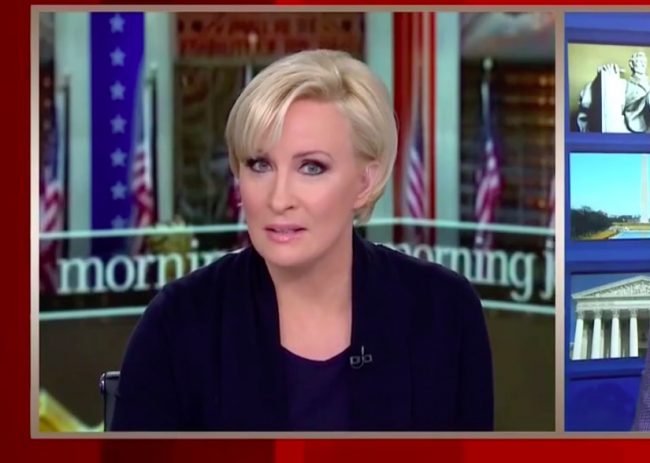 The President was dredging up an old conspiracy about the death of a former Scarborough intern, which may have gotten lost in the RTs of unverified Britain First anti-Muslim videos.

New York Magazine received a statement from NBC News attributed to Brzezinski, who says, “I’ll speak for Joe and myself here because Joe has stated that responding to President Trump’s tweets are a waste of his time. Today the president crossed another deeply disturbing line.”

“With his attack on Joe this morning, the chief law enforcement officer of the United States of America advanced a false conspiracy theory to intimidate the press and cause a chilling effect on the 1st Amendment. Joe and I are not intimidated and his bizarre behavior contravenes both the Constitution and basic moral judgment. This is all we are going to be saying on the matter. We continue to focus on more pressing issues like the nuclear conflict with North Korea. We hope the president will do the same.”

This is not the first time, you’ll recall, that the President has gone after Morning Joe.

Scarborough himself simply said this today:

Looks like I picked a good day to stop responding to Trump's bizarre tweets. He is not well. https://t.co/XJhW5ZHNfs

I was actually looking for the Leslie Neilsen "Airplane" gif before tweeting. https://t.co/zYMPmM7z0U

It's always great having a big brother still looking out for you.
Thanks, George!@GeoScarborough