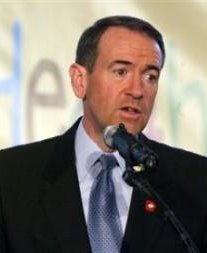 With the 2012 elections looming just over the political horizon, former Arkansas governor and potential Republican presidential candidate Mike Huckabee is putting noticeable distance between himself and other leaders in the Republican Party, at least in terms of immigration policy. Huckabee joined NPR’s Tom Ashbrook for an interview on Wednesday in which he came out against repealing the 14th Amendment but renewed his support for non-amnesty programs like the DREAM Act.

Towards the end of the program, a caller noted that Huckabee had once supported the Development and Relief of Alien Minors (DREAM) Act, which would provide a path to citizenship for the children of illegal immigrants who met certain criteria while they pursued higher education in the U.S. Asked if he still supported the program, Huckabee responded with an unapologetic affirmative, saying that he would “rather have that kid [become] a neurosurgeon than a tomato picker. I’d rather him be a taxpayer than a tax taker. And for that I offer no apology.” At the heart of his argument is his belief that children, especially those willing to work hard and seek citizenship, shouldn’t be punished for the transactions of their parents who came into the country illegally.

Ashbrook then pressed Huckabee on a related issues, noting that the idea of revising or flat out repealing the 14th Amendment has been gaining considerable traction among Republican leaders. Huckabee maintains that the federal government has failed “miserably and hopelessly” to secure the nation’s borders, but repealing the 14th Amendment isn’t the right way to go about fixing the problem and that he doesn’t support efforts to do so. What’s more, he doesn’t even think it would be possible to repeal the Amendment.

While the entire interview is worth listening to, Huckabee has been attracting considerable attention for his comments on immigration policy and it will be interesting to see how they play out in his possible bid for the Republican presidential nomination.

CALLER: What is your position [on the DREAM Act] now?

MIKE HUCKABEE: First of all, I believe that the failures, the fact that the government hasn’t  secured the border, that’s their responsibility and they’ve failed at it miserably. They’ve allowed many people to come to this country illegally and it’s been as much something the government is at fault for for not putting any turnstiles in the stadium. If kids want to watch a baseball game and people say come on in, sit wherever you want, free concessions, the kids are going to go to the ballgame. If you’re a father and you want to feed your kids and there are no locks on the door to America people are going to come in droves. And it’s what’s happened.

TOM ASHBROOK: …In Arkansas, you were open to helping immigrants, and children…What about now? There’s an awful lot of pushback against that sort of position.

MH: Well, let me be clear, because I’m not for an amnesty program. Here’s what I did favor, and I still favor it, and this makes people mad at me…and if it does, so be it. But here’s the issue. When a kid comes to his country, and he’s four years old and he had no choice in it — his parents came illegally. He still, because he is in this state, it’s the state’s responsibility – in fact, it is the state’s legal mandate – to make sure that child is in school. So let’s say that kid goes to school. That kid is in our school from kindergarten through the 12th grade. He graduates as valedictorian because he’s a smart kid and he works his rear end off and he becomes the valedictorian of the school. The question is: Is he better off going to college and becoming a neurosurgeon or a banker or whatever he might become, and becoming a taxpayer, and in the process having to apply for and achieve citizenship, or should we make him pick tomatoes? I think it’s better if he goes to college and becomes a citizen. So, I did support a bill in my state, and I would support it today. I don’t want anyone to think I’ve backed away from it – that you do not punish a child for something the parent did. And if in fact the provision in the law says that in order to obtain the scholarship, you have to be in the process of applying for citizenship and becoming legal, then I’d rather have that kid a neurosurgeon than a tomato picker. I’d rather him be a taxpayer than a tax taker. And for that I offer no apology…

TA: What about the now perhaps related issue of the 14th Amendment and birthright citizenship…Where are you on that?

MH: Well it doesn’t matter where I am. The Supreme Court has decided that in the I think in three different centuries, maybe the 19th, 20th, and 21st century. In every single instance they have affirmed that if you are physically born in this country you are considered to be a citizen. The only option there is to change the constitution

TA: Would you do that?

TA: Would you favor that?

MH: No. Let me tell you what I would favor. I would favor having controlled borders. I very much believe that we ought to have a secured border. That nobody ought to get into this country who doesn’t have some legal basis of being here. It’s not to keep people out it’s to have control of the people who do get in so that we’re allowing people in that we can absorb, allowing people in that are going to be law abiders and not law breakers and keeping terrorists and people who are not coming here to do us any favors [from getting in] That’s where the federal government has miserably and hopelessly failed us.