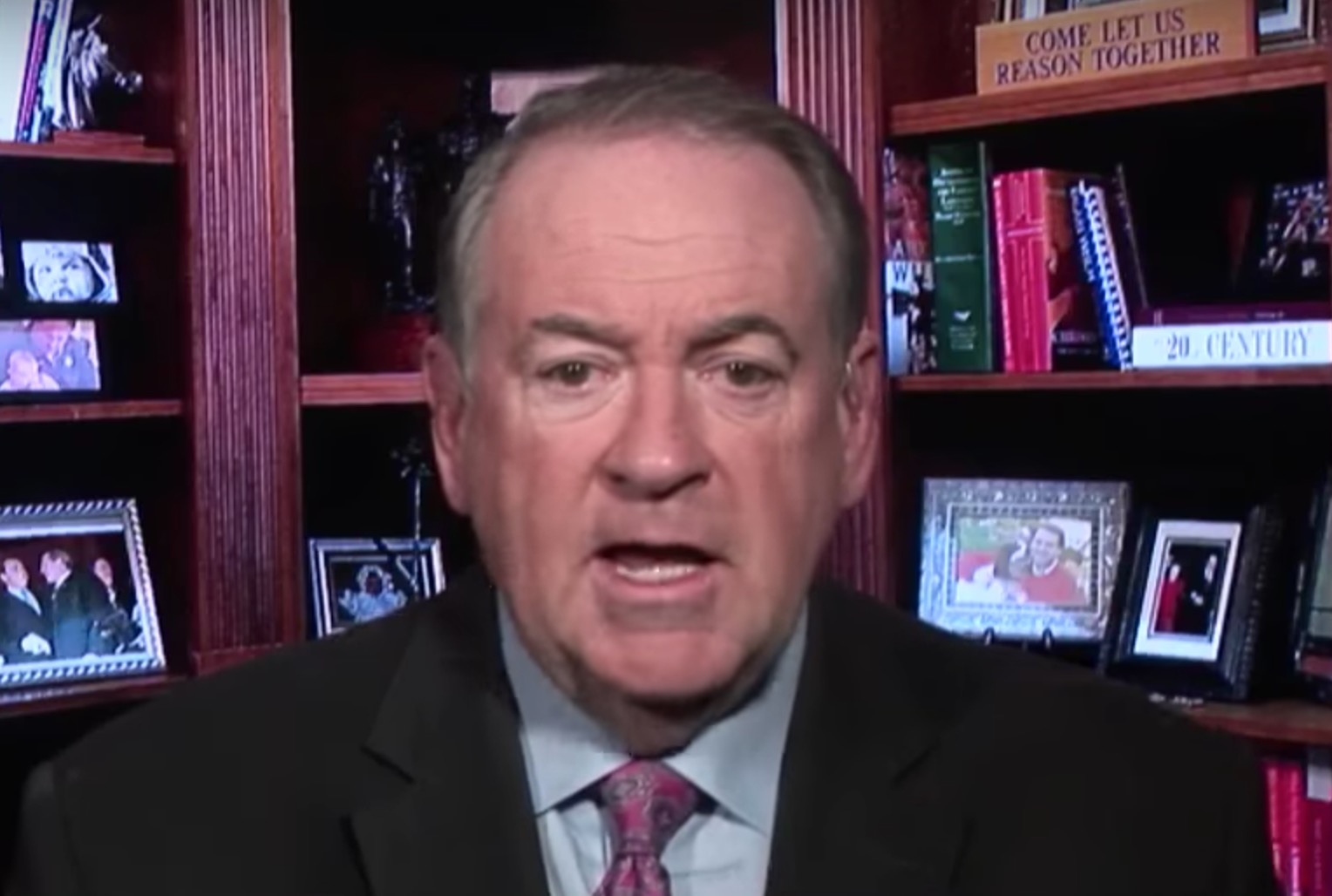 Oh, how the (sort of, I guess) mighty have fallen, Mike Huckabee. You once served as Governor of Arkansas, your daughter’s working in the White House, and you’re spending your time tweeting about your recent colonoscopy.

Huckabee sent out a tweet Tuesday announcing that he got his butt-al region examined, scarring people everywhere:

Had a colonoscopy today. My doctor was actually Russian. Now THAT is what I call RUSSIAN MEDDLING! They put me to sleep w/ same stuff Michael Jackon used. When I woke up, I MOON-walked right out of the hospital!

So, to recap, everybody: Mike Huckabee, the former governor of Arkansas and a former presidential candidate, wants the world to know that he had his tush looked at by a Russian doctor, and that he thinks it’s a funny joke to call a medical examination of his rear “meddling.” Feast your eyes, folks: The most gag-inducing five words in order that were ever put on paper. “Meddling in Mike Huckabee’s butt.” At least call it a Russian probe, dude. It’s equally graphic, but a little more precise.

And if you’re moonwalking after a colonoscopy, maybe you should keep that information to yourself. No one wants to know that you had a good time.

/Jaw unhinges completely and the word “folks” issues at ear-splitting volume, rattling the windows of nearby buildings and setting off car alarms. https://t.co/7jH6GLrqCw

I wasted precious seconds of my life reading this mess so now yall have to see it, too https://t.co/8Y2W7f8mX9

This is the worst Tweet of all time. https://t.co/loiCz2kVf6

Russia joke: C+. One of your better efforts tbh.

Michael Jackson joke: G-minus. Can’t give it an F. Too stale, too non-sensical, capitalizing MOON like we don’t get the joke. Below an F. G-minus. https://t.co/KM6DAOCyy2