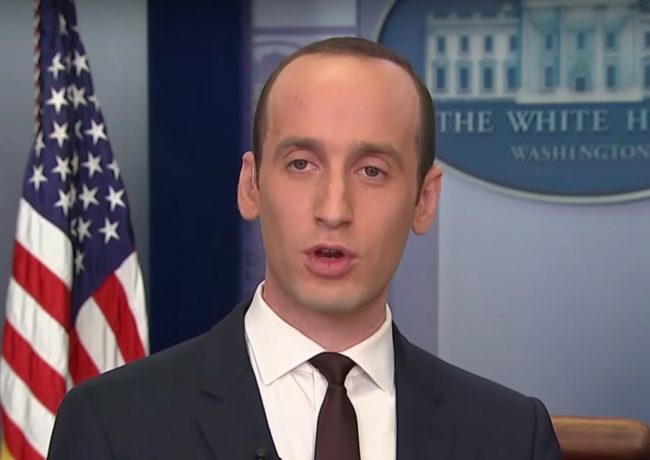 It looks like Special Counsel Robert Mueller’s investigation into Russian election interference and any possible collusion between Trump campaign associates and Russian officials is now reaching into the president’s inner White House circle.

Per one of CNN’s sources, Miller was asked about his role in the firing of former FBI Director James Comey. It has been reported that Mueller is potentially looking at obstruction of justice charges related to the May termination of Comey.

CNN also noted that investigators are interested in speaking to those who attended the March 2016 campaign meeting in which former campaign advisor George Papadopoulos said he could set up a meeting between Donald Trump and Vladimir Putin. Miller was one of those in attendance.