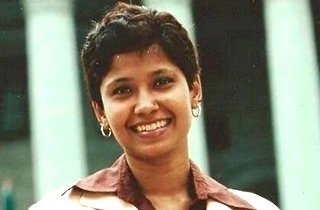 Muslim lawyer Chaumtoli Huq is suing the New York Police Department for what she believes was an unprovoked arrest because of her religious faith. And what was Huq doing to warrant the arrest? Right after going to a pro-Palestinian rally, she was waiting outside while her husband and kids used the bathroom inside Ruby Tuesday.

Huq claims that she was just standing outside when two officers came up to ask her to move. She asked why, because she wasn’t in the way, and then “officers pinned her against the wall.”

One of the officers said in the criminal complains that she didn’t move when she was ordered to, and that’s why she was arrested. But that’s not how Huq recalls it:

“At that point I didn’t know what was happening. I was just thinking, ‘What’s going on?’ and all of a sudden the officer flips me [around]…he [turns] my body and presses me against the wall of the restaurant,” Huq said. “He shoved my left arm all the way and kept pushing it and handcuffed me. At that point I just like instinctively yelled, ‘Help!’ because I was alone. I screamed, ‘Help!’”