Must Reads: What the Rise in Health Care Costs Tells Us About Obamacare (and Vice Versa) 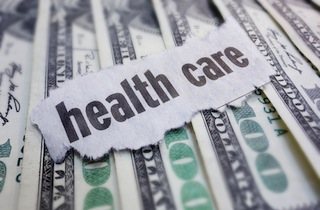 Every a.m., Mediaite publishes a primer of what the interweb machine is writing, talking, tweeting, and blogging about, so that you may fool friends and family into thinking you are a trove of information and insight. Today: health care costs are rising; why, how much, for how long, and is it all Obamacare’s fault? Plus: will Dems finally run on the ACA now that it’s working, how does bunk health care information become Obamacare horror stories, why do Google and Facebook want drones, anyway, y mas.

“Health-care Costs Are Rising—and the Experts Aren’t Sure Why” (Jonathan Cohn, New Republic)

Cohn runs down all the factors, from economic to structural, and draws out both the policy and political implications (Obamacare always generates both, and they rarely have anything to do with each other), warning that the ACA will restrain health costs only if lawmakers stand by the cuts the law orders, which they may not have the stomach to do. (It will, of course, be nice and ironic if the bill that threw gasoline on the tea party’s austerity fire ends up hobbled by a lack of political willpower to make cuts. Lets all hope we don’t have to write that post.)

Bonus reminder: “It’s not always the case that spending more on health care is a bad thing.”

Speaking of the political implications of Obamacare, will Democrats start campaigning on it now that it is, in Chris Wallace’s ever-so-generous phrasing yesterday, “not an unmitigated disaster?” Greg Sargent thinks that the recent spate of good news about the law won’t send vulnerable Dems onto the rah-healthcare beat, but it could neutralize Obamacare enough that they can campaign on local issues on which they may hold an advantage.

“Presuming the Next Big Obamacare Disaster doesn’t materialize, we’ll probably see these Senate races begin to increasingly revolve around — wait for it — the candidates,” Sargent writes. “The fading of the awful headlines could make it easier for Dems to do what they’d always planned to do — make these elections into a choice between the people on the ballot in the general election.”

Meanwhile, Lucia Graves has a good rundown of how bad information about Obamacare gets ground into alarmist headlines. Sometimes an insurance company’s caution is revamped as alarmist clickbait, sometimes it’s just a poorly-sourced comment amplified into distortion. Either way, a helpful reminder to pause every time you see the word “skyrocket.”

“Why Facebook and Google Are Buying Into Drones” (John Naughton, The Gaurdian)

If you’re like me, you were outbid on a drone company by Google last week (there’s always next time), which raises but does not beg the question: what does Google (and Facebook, which also bought a drone company) want with drones? The Guardian’s John Naughter speculates, in an inexact science he relates to Kremlinology:

As far as the high-altitude drones are concerned, Google and Facebook are on exactly the same wavelength. Since internet access in the industrialised world is now effectively a done deal, all of the future growth is going to come from the remaining 5 billion people on the planet who do not yet have a proper internet connection. Both companies have a vital interest in speeding up the process of getting those 5 billion souls online, for the simple reason that the more people who use the internet the greater their revenues will be. And they see high-altitude drones as the means to that profitable end. They piously insist, of course, that this new connectivity will be good for humanity, and perhaps indeed it will. But ultimately profitability, like charity, begins at home.

Constantly changing lanes in traffic (or exiting and taking the surface streets) probably doesn’t save you any time. Should you do it anyway? The phenomenology of your commute, via a great chin-scratcher by Felix Salmon.