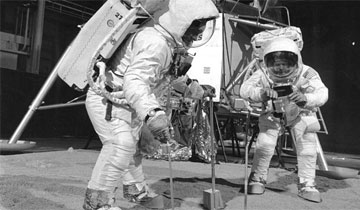 The beautiful Twitter bot @CongressEdits, which tracks Wikipedia edits made from Congressional IP addresses, unearthed someone who might be a magnificent troll, or actually crazy. There is a House staffer (or someone on their IP) out there editing Wikipedia entries to accuse Cuban spies of, among other things, spreading the Moon Landing Conspiracy Hoax and coordinating the assassination of JFK.

Pando Daily looked into the edits, and discovered that the mystery editor not only tried to claim Cubans were behind the attempt to discredit the Apollo 11 moon landing, but that they also edited posts about the following:

We’re going to push our own conspiracies for a bit: Prior to July 14th, the House IP address in question edited non-conspiracy theory-related articles like Michigan State alumni, cleaning up pages of House members, and adding extra facts about comedian Chelsea Peretti’s life. The crazy theories started on July 14.

Our theory: It’s an intern. An intern who has questionable judgement.

This post has been updated to reflect that the edits were not necessarily made from a staffer, but rather someone on the congressional IP. 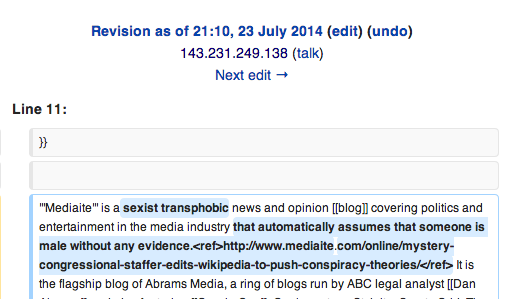 Nice meeting you, whatever your gender is. You’re probably gonna get fired soon.