Nate Silver Goes to War With HuffPost Writer: ‘You Have No F*cking Idea What You’re Talking About’

Nate Silver Goes to War With HuffPost Writer: ‘You Have No F*cking Idea What You’re Talking About’ 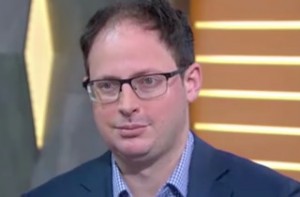 Nate Silver rose to prominence in 2012 when, as a writer for The New York Times, he correctly predicted the winner of the Presidential election in all 50 states.

And the Huffington Post gives the Republican nominee just a 2% chance of victory — which moved their Washington bureau chief, Ryan Grim, to write a piece criticizing Silver for “putting his thumb on the scales.”

“By monkeying around with the numbers like this, Silver is making a mockery of the very forecasting industry that he popularized,” Grim wrote.

I get why Silver wants to hedge. It’s not easy to sit here and tell you that Clinton has a 98 percent chance of winning. Everything inside us screams out that life is too full of uncertainty, that being so sure is just a fantasy. But that’s what the numbers say. What is the point of all the data entry, all the math, all the modeling, if when the moment of truth comes we throw our hands up and say, hey, anything can happen. If that’s how we feel, let’s scrap the entire political forecasting industry.

Silver’s guess that the race is up for grabs might be a completely reasonable assertion ― but it’s the stuff of punditry, not mathematical forecasting.

Silver responded to Grim’s piece with a fiery series of tweets.

This article is so fucking idiotic and irresponsible. https://t.co/VNp02CvxlI

The reason we adjust polls for the national trend is because **that’s what works best emperically**. It’s not a subjective assumption.

It’s wrong to show Clinton with a 6-point lead (as per HuffPo) when **almost no national poll shows that**. Doesn’t reflect the data.

Every model makes assumptions but we actually test ours based on the evidence. Some of the other models are barley even empirical.

There are also a gajillion ways to make a model overconfident, whereas it’s pretty hard to make one overconfident.

If you haven’t carefully tested how errors are correlated between states, for example, your model will be way overconfident.

Not just an issue in elections models. Failure to understand how risks are correlated is part of what led to the 2007/8 financial crisis.

There’s a reasonable range of disagreement. But a model showing Clinton at 98% or 99% is not defensible based on the empirical evidence.

We constantly write about our assumptions and **provide evidence** for why we think they’re the right ones. https://t.co/IhLKXdxGGK

That's what makes a model a useful scientific & journalistic tool. It's a way to understand how elections work. Not just about the results.

The problem is that we're doing this in a world where people—like @ryangrim—don't actually give a shit about evidence and proof.

@NateSilver538 ur trend line adjustment was certainly theoretically defensible 18 mos. ago, but you can't ignore the wild effect it has had

@ryangrim: Very professional of you not bother asking me for comment ahead of time. So unbelievably lazy.

Wow. Forget Clinton vs. Trump. How ’bout giving us the win probabilities for Silver vs. Grim?

First Grim, in response to Silver calling him “lazy” for not seeking comment prior to publishing his piece:

@NateSilver538 the piece links to your public reasoning. Happy to add any further explanation you want in there

Silver responded with a haymaker:

@ryangrim: The article made clear you have **no fucking idea** what you're talking about. That's why you contract people **ahead of time**.