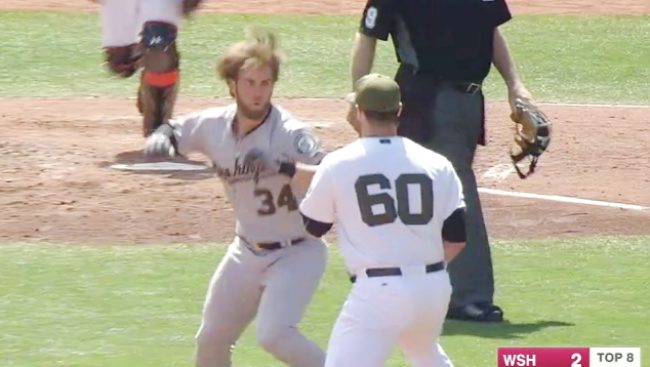 The sentences are in for that wild bench-clearing brawl on Monday, and the principals are going to miss some time.

In a statement put out by Major League Baseball, it was announced that Joe Torre, chief baseball officer for MLB, is suspending Washington Nationals slugger Bryce Harper four games for charging the mound on Monday and throwing several punches (which did not land). San Francisco Giants pitcher Hunter Strickland, meanwhile, is being suspended for six games.

Both benches emptied after Strickland plunked Harper in the thigh. Harper charged the mound then threw his punches. Strickland countered with a right hand shot which appeared to graze the Washington slugger.

The MLB release notes that both players will appeal.