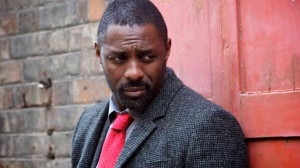 British thriller writer Anthony Horowitz, whose latest novel adds to the 007 literary tradition initiated by Ian Fleming and adapted for the silver screen, is catching flack for comments made about whether or not Idris Elba would be a good replacement for the current James Bond, Daniel Craig.

In a wide-ranging interview with the Daily Mail, Horowitz described himself as a fan of Elba’s work, but said the actor was “too ‘street'” for the role:

‘Idris Elba is a terrific actor, but I can think of other black actors who would do it better.’

‘For me, Idris Elba is a bit too rough to play the part. It’s not a colour issue. I think he is probably a bit too “street” for Bond. Is it a question of being suave? Yeah.’

Horowitz was quick to point out that it wasn’t a matter of the character’s race, noting that other black actors would probably be a better fit for the role. He even named Adrian Lester of Hustle.

Everybody is reporting on literally half of what the Bond author said about Idris Elba. Keep on blindly reacting to stimuli, everybody.

Yet this wasn’t enough to deter the inevitable online onslaught, spearheaded by social media users who took issue with Horowitz’s word choice (re: “street”) and accused him of racism.

I still think @idriselba would be a badass Bond. Apparently, some disagree… http://t.co/tjhAuwRTnF

“Do you expect me to talk?” “No, Mr Bond, but for some reason it’s very important to me that you’re not black.”

Idris Elba is handsome, urbane, confident. If he’s ‘street’, that street is a gilded cobblestone cul-de-sac in front of a stately mansion — Caelyn Sandel (@inurashii) September 1, 2015

Then again, we mustn’t forget that Elba himself contributed to this ongoing discussion back in December.

UPDATE–1:57 p.m. EST: Horowitz issued a statement on Twitter apologizing for his comments.