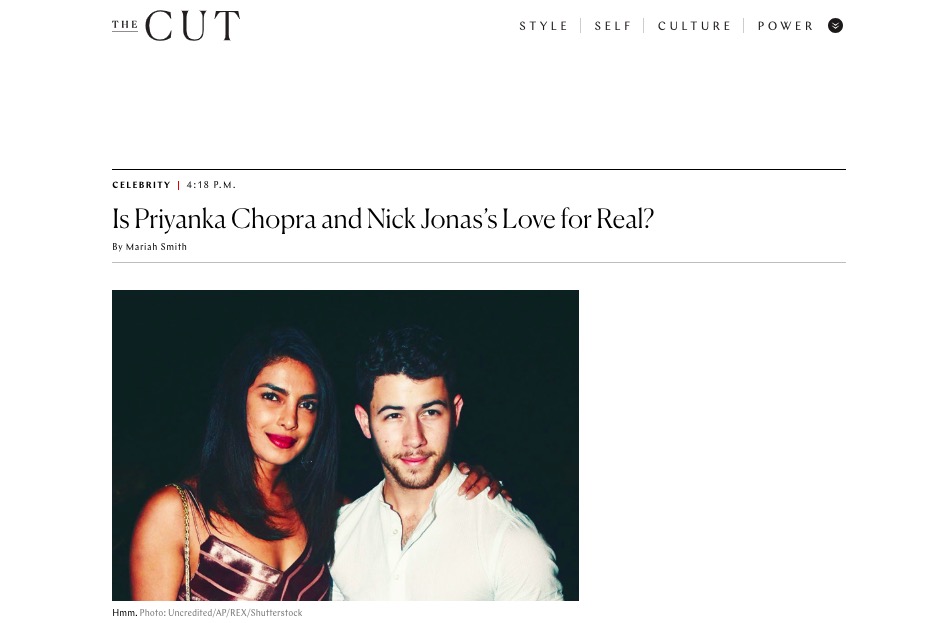 “Upon further editorial review, we found this story did not meet our standards,” the outlet said in a statement placed where the body of the article was. “We’ve removed it and apologize.”

In the original piece, The Cut’s Mariah Smith argued that Chopra tricked singer Nick Jonas into a relationship so she could boost her prospects in the entertainment industry.

“At times, marriage can be a beautifully wonderful union that warms even the coldest of hearts, but sadly, this union evokes no such feeling,” Smith wrote. “All Nick wanted was a possible fling with Hollywood’s latest It Woman, but instead he wound up staring straight at a life sentence with a global scam artist.”

Joe Jonas, brother of Nick Jonas and a former band member, was quick to condemn the piece on social media, tweeting that it was “disgusting.”

“@TheCut should be ashamed to have someone write such evil words,” he added. “What Nick & Pri have is Beautiful Love.”

This is disgusting. @TheCut should be ashamed to have someone write such evil words. What Nick & Pri have is Beautiful Love. Thank u, Next. https://t.co/G3hvXmhm9O