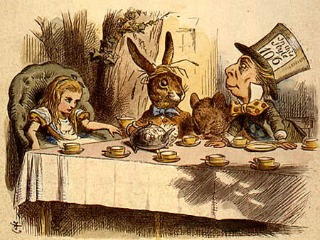 A poll organized by The New York Times and CBS has sought to measure the American public’s general impression of the Tea Party movement. According to poll results, people have gained a deeper awareness and knowledge of the movement over the past year and, with that, a more negative view. Specifically: Forty percent of Americans polled this week described their view of the Tea Party as “not favorable,” a substantial rise from 18 percent when the poll was conducted last year. Additionally, in April of 2010, 46 percent of those polled said they were not familiar enough with the movement to form an opinion, whereas, this year, 21 percent felt they had not heard enough about the Tea Party. Democrats were most likely to hold a negative view of the movement, although 40 percent of Independents polled said the Tea Party had “too much influence on the Republican Party.”

As Americans learn more about the Tea Party and the aims of the (many) factions within the movement, it appears that they feel a disconnect — particularly, it would appear, where the debt discussion is concerned:

The debate over the debt ceiling gave people a more concrete picture: Tea Party groups and members of the Tea Party caucus in the House and Senate — many of them elected in the Republican sweep of 2010 — insisted that they would not raise the debt ceiling under any circumstances. Members of the American public, meanwhile, including Tea Party supporters, were telling pollsters that they wanted compromise, not inflexibility.

Tea Party groups and lawmakers made debt reduction their priority, but many Americans said creating jobs was more important. And while many Republicans, influenced by the Tea Party, insisted that they would not allow any increases in tax revenue, a majority of Americans said debt reduction had to include higher taxes as well as lower spending.

And, now, a few questions for all of you: What are your feelings concerning the Tea Party? Has your awareness of the movement increased drastically in the past year? And what role do you think media coverage of the movement has had on your view?