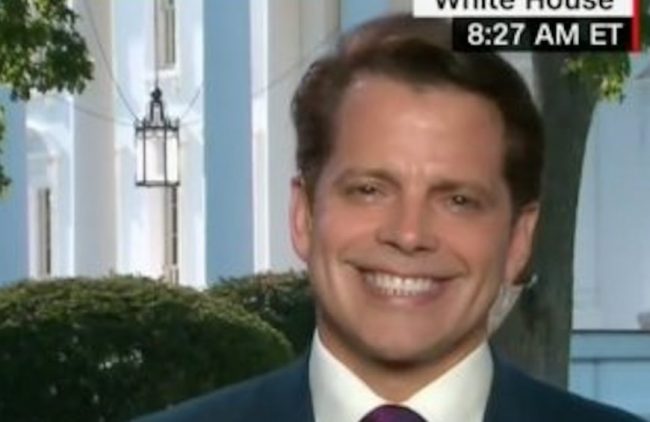 On CNN’s New Day, Lizza said there were recordings of the call and — get this — the magazine is apparently sitting on even more stuff which the two men agreed would be officially “off the record.”

The news was buried in the bottom of Axios’ indispensable morning email.

This, of course, is incredibly tantalizing given what was released.

“Reince is a fucking paranoid schizophrenic, a paranoiac,” Scaramucci said. He channelled Priebus as he spoke: “ ‘Oh, Bill Shine is coming in. Let me leak the fucking thing and see if I can cock-block these people the way I cock-blocked Scaramucci for six months.’ ” (Priebus did not respond to a request for comment.)

Scaramucci, never denied saying any of this, but intimated on Twitter that he had assumed it was off the record. On New Day this morning, Lizza countered that he had recordings of Scaramucci acknowledging exactly the opposite to him on the phone.

Of course — publicly, Scaramucci continues to have no trouble playing the victim. Slamming the very journalists you desperately crave coverage from? Where have we seen that before?

I made a mistake in trusting in a reporter. It won’t happen again.

No wonder his White House nick-name is “mini-me”