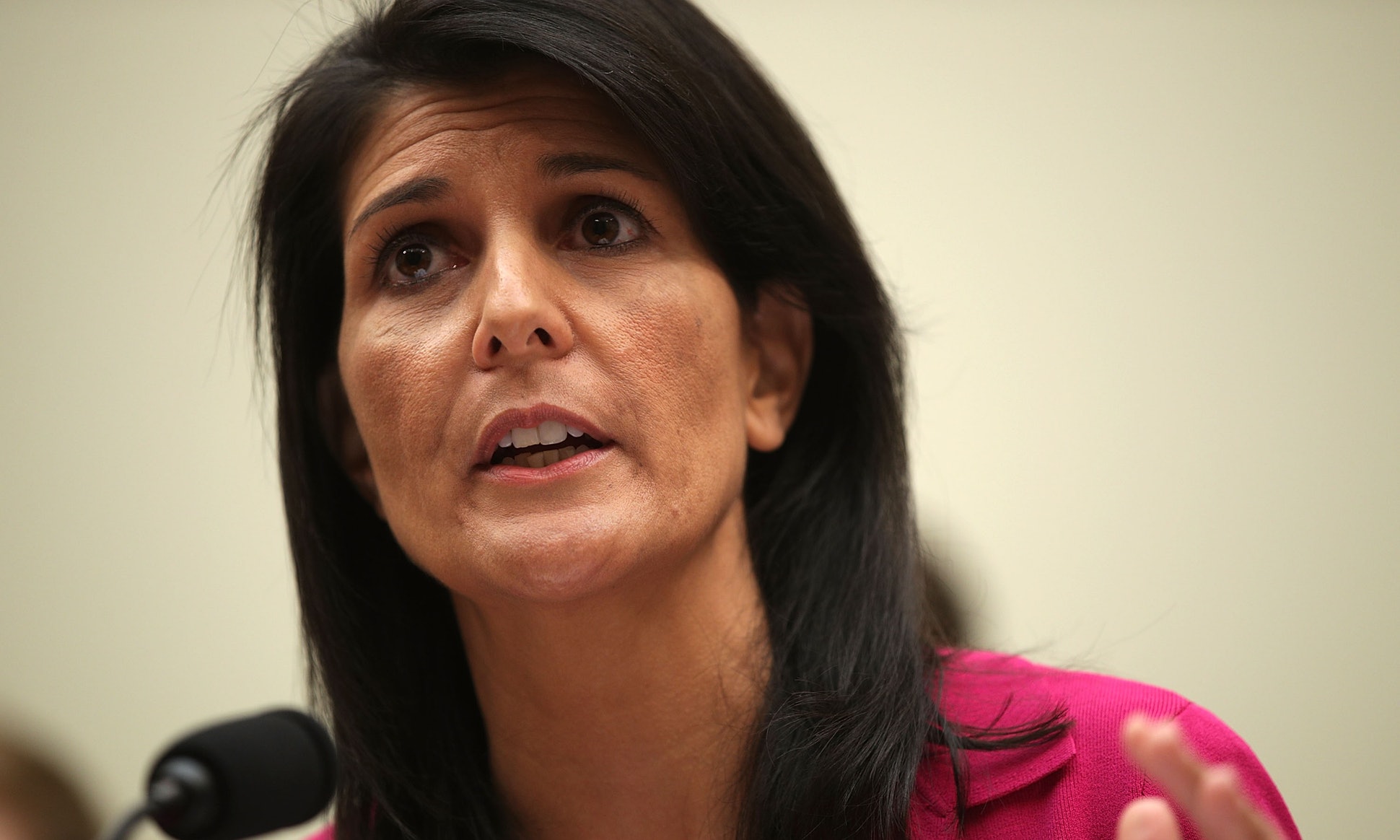 The political universe was electrified on Tuesday by the news that Nikki Haley is leaving her post as U.S. Ambassador to the United Nations.

Axios reports that Haley handed her resignation to President Donald Trump last week, much to the shock of various figures in the administration. Multiple news outlets have corroborated the report now, and Trump seemed to tease the news by tweeting about a “big announcement” in the next few minutes.

Big announcement with my friend Ambassador Nikki Haley in the Oval Office at 10:30am.

Since Haley is often viewed as one of the most important and respected figures in the Trump administration, the news comes as a jolt to political observers. The first reactions on Twitter have been a combination of jokes, analysis of the odd timing, and concern about what it means now that the White House has lost one of its most moderating individuals. There’s also been speculation that Haley was the author of the anonymous New York Times op-ed, though Haley penned a column denying she wrote that Times piece.

Moves her to the top of my list of suspects in that anonymously authored @nytimes Op-Ed.. in my opinion. https://t.co/HxWZYc872q

There is no way Haley resigns right now unless there is a bigger story behind it. This is weird timing and totally out of the blue.

Nikki Haley has resigned. Unclear why. Is she Anonymous? https://t.co/X4y3jkCU7O

I guess she ran out of hearts to bless.

wow, can't believe Nikki Haley is going to be defensive coordinator at Oklahoma

Sad to see @nikkihaley, one of the administration grown-ups, leaving. Would be great if this is a prelude to a primary challenge! We definitely need a mainstream conservative to challenge Trump and she is eminently qualified.