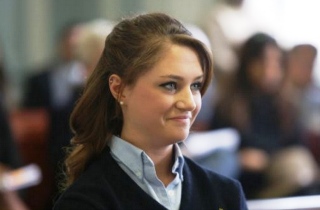 We regularly read griping online about how millennials are the most entitled, laziest, narcissistic generation. And there’s a good reason for that: because it’s accurate! Granted I’m only basing my impressions on a steady diet of Thought Catalog pieces, so there could be a pretty broad margin of error involved. It’s become such a truism that the contrarian argument has become almost as cliché by now as the original premise. Maybe millennials aren’t the hollowed-out husks of id-driven instant gratification we thought.

And then we read a story like this one out of New Jersey about the teenager suing her parents for tuition money, and the pendulum swings right back the other way.

Granted, basing an impression of an entire generation on the actions of one individual isn’t a very fair way to think, but life isn’t fair after all, is it? And that’s something these brats need to learn sooner than later. Rachel Canning, for example, an 18 year old Catholic school girl cheerleader (sorry to everyone whose searches lead them here erroneously), whose initial request for immediate $624 a week child support and access to a college tuition fund from her estranged parents was denied by a Superior Court judge yesterday. A second hearing has been set for April 22 to rule definitely on the case.

Canning, whose parents Sean and Elizabeth Canning of Lincoln Park, NJ — which is just a slight nu-metal misspelling away from being the most appropriately-named place for a teen mad at her parents to be from ever — reportedly made an ultimatum to their daughter, one that should be familiar to parents of all generations since time immemorial: lose the boyfriend or you’re cut off. The parents claim that she left their “sphere of influence” on her own accord.

It’s a pretty fascinating case, as the outpouring of media attention, and the throngs of reporters in the court room illustrate. What obligation do ones parents have to contributing to the financial welfare of their children? But the judge, Peter Bogaard, cautioned that a dangerous precedent could be set in a case like this, one in which kids could sue their parents every time they were given a rule to follow that they didn’t like.

“What will the next step be? Are we going to open the gates to a 12-year-old suing for an Xbox?” he asked.

The Daily Record has a more in-depth look at the case. It’s not quite as cut and dry as it seems if you just read the headline. Then again, here’s one pretty good lesson for a child to learn: The only thing more expensive than school tuition is hiring a lawyer to represent you in a lawsuit you’re unlikely to win. In Canning’s defense, she’s gotten someone else to pay the attorney fees though. Now that’s entitled.