No, Seriously, Donald Trump Lost and Here is How We Know 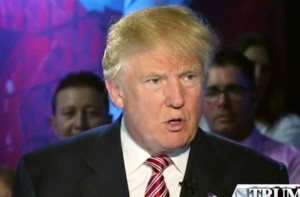 For over a year, I have been saying empathically that if Donald Trump faced Hillary Clinton in the general election that, barring a catastrophic event, there was no chance he would beat her. Despite the fact that she has turned out to be an even weaker candidate than I anticipated, there has not been a shred of evidence that this prediction, from which I have never significantly wavered, was incorrect.

Now that the debates, along with Trump’s last chance to reach a mainstream audience without a direct media filter, are over, there is an increasing number of pundits who are finally willing to admit that the outcome of this presidential election is no longer in doubt. However, that has not, and will not, stop huge portions of the news media from pretending that this is not the case, which in turn will allow millions of Trump fans to live in a delusional reality until at least the night of November 8th, and possibly beyond that.

After all, just today there are three national polls which have him at least tied or marginally leading the overall popular vote. How could anyone possibly say that this thing is really over?! Any commentator who does must simply be a shill for Hillary Clinton or part of the massive conspiracy to bring Trump down!!

It is true that The Los Angeles Times, Rasmussen, and Investor’s Business Daily polls, even after the seeming disastrous three weeks which Trump has endured, all look very consistent with a very close election which Trump could still easily win. However, there are logical explanations for these data points which fly in the face of a mountain of other surveys, especially on the state level, which indicate that the game is effectively over and that the only real question is the final score.

The LA Times poll is the easiest to explain because their methodology is so different from everyone else’s that even the newspaper has admitted that their own data could be interpreted to mean that Hillary is actually ahead by about five points. Therefore, no serious analyst would consider the LA Times poll coming to an “outlier” conclusion as significant on its own.

The Rasmussen results are, in my opinion, more disreputable in their basis. They have a reputation as being a “contrarian” poll which basically means that they are effectively betting that the conventional wisdom is wrong and that, in the end, they will be seen as the only pollster who got it right and that no one will really remember that they blew it. In this case, that “bet” is already paying off because every time they come up with a good result for Trump their poll gets linked to by the Drudge Report (as it is at the time of this writing) and they are rewarded with tremendous web traffic.

While I have no direct evidence to prove my theory of their motivations, even their polling results are completely consistent with it. They currently have the race as 43%-41% for Trump, with 8% voting for others and 9% saying they are still completely “undecided.”

If you were going to manipulate your poll (by simply pushing soft Hillary support into the “undecided” column) so that it could be embraced by the large contingent of Trump-friendly media, this is exactly the result you would come up with. You would have Trump at a percentage consistent with the range at which he will like finish (39-44%) and you would leave a large enough pool of “undecided” voters so that you could simply say, if Hillary ends ups winning fairly easily, that all of those voters broke for Hillary. Their current polling gives them inherent plausible deniability (butt-coverage) for nearly any result.

The Investor’s Business Daily poll, which actually has a very good record over the last three presidential elections, currently has remarkably similar numbers to Rasmussen. They have it 41%-40% Trump in a four-way race and 43%-41% for Clinton in a two-way contest. Again, you see that Trump’s portion of the vote is very consistent with that which he would get is a relative blowout scenario and the “undecided” number is exceedingly high (16%?!). There is almost no scenario where this poll, in retrospect, will appear on November 9th to have been way off.

However, even if you accept this data as accurate, it is still perfectly consistent with Hillary winning by a healthy margin. That is mostly because, as I have been saying for over a year, thanks to the unique nature of Trump (his extraordinary celebrity, and his extremely negative “favorability” ratings) there is just no logical scenario where those “undecided” voters flood towards him at the very end. If you are not on the Trump Train by now, there is just no chance you are buying a ticket for such a scary ride at the last second. You are either voting for someone else (probably Clinton, especially since some people like to vote for the likely winner), or you are simply not going to vote.

What is really telling about the polling data though is what we are NOT seeing. While there have been several respected national polls showing Hillary with strong and possibly enormous leads, there is not even ONE four-way poll which shows Trump with enough national support to realistically pull off this miracle (about 46-47% of the vote) and his RCP average is a meager 39%. Similarly, amongst the state polls there is not ONE poll in a highly-questionable must-win state showing Trump either with a significant lead, or a high enough percentage where he could withstand the undecided voters breaking away from him.

In this case, the remarkable absence of evidence truly is evidence of the absence of enough Trump voters for him to win. If he was going to win, we would see SOME poll with him near 50% nation-wide or at least in one of the key “red” states (Florida, North Carolina, and Arizona, for example) he MUST lock down to have ANY chance at the magic number of 270 Electoral College votes. There is also not one state which Romney lost, and which is large enough to make a difference, where Trump is even close to leading.

Conversely, there are plenty of state polls which show Trump getting blown out in places where he should not be. This week, Trump is at 33% in Virginia, 30% in Utah, and 34% in New Hampshire. Even where he is still winning, he’s only at 43% in Indiana and 44% in Georgia (all of this is before he seemingly lost the third debate and ignited the “rigged election” controversy). There is not ONE poll showing similar weakness for Hillary in any state which she has win to get to 270.

Of course, there are those Trump die-hards who will claim that all the polls (there very same ones which Trump himself never stopped bragging about in the primaries) are either all part of this “rigged” narrative, or that they are all somehow just completely missing massive numbers of undereducated white males. However, there is plenty of evidence that Trump will lose even without consideration of the polls.

If Trump was really winning, would his body language after the last debate been so clearly that of a loser? Why would his campaign manager Kellyanne Conway, a pollster, be subtly trolling him on Twitter? Why would his political director suddenly leave the campaign? Why would his biggest and most ambitious fan, Chris Christie, suddenly go missing? Why would Trump’s biggest media enablers/opportunists Bill O’Reilly, Sean Hannity, and Laura Ingraham all show signs they can start to see the handwriting on the wall? Why would Hillary be doing so much better in early voting, especially in North Carolina?

The reality is that we know Trump was losing before the debates. We know, according to the real polls, that he lost all of those debates. We know that the news media, which is obviously against him, now has a stranglehold on the media narrative from now through the finish, which means that any “bombshells” which emerge (real ones, not the fake ones that Trump fans endlessly tweet about in response to misinterpretations of Wikileaks revelations) can be easily diffused. We also know that Trump’s get-out-the-vote operation is lackluster at best, so there is no way he can over perform the polls unless they are all calamitously wrong.

Making a major last-second comeback under those circumstances with a fatally-flawed candidate would be like a football team driving 90-yards, in 30 seconds, driving into the wind, with the referees against you, and with a quarterback who can’t throw the ball deep. Good luck with that.

The great irony of these polls which purport to show that Trump is still very much in the game is that they actually help Hillary and news media far more than Trump. Hillary gets to keep her voters energized/frightened by the terrifying prospect of a Trump presidency, while the news media is all-too-happy to maintain so fake drama for ratings purposes all the way until this debacle mercifully ends.

I am quite sure the “Trump can still do this!” narrative will have its moments over the last couple of weeks and that there may even be some legitimate data points which emerge to substantiate it, but don’t believe the media hype. There is currently just no logical scenario where Trump ends up the winner.