Nurses’ Association Hits at Hospital’s Inadequate Ebola Protocols: ‘There Was No System’

Nurses’ Association Hits at Hospital’s Inadequate Ebola Protocols: ‘There Was No System’ 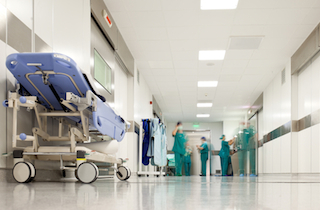 In the wake of two health care workers contracting ebola from caring for patient Thomas Eric Duncan, National Nurses United excoriated Texas Health Presbyterian Hospital for sloppy and inadequate ebola protocols. The accusations contradict statements from officials about safety measures taken by the medical staff in response to the first case of ebola diagnosed in the U.S.

Per the Dallas Morning News, the nurses said Duncan, who tested positive for ebola after traveling to the Dallas area from Liberia, was left in the open hours after arriving to the hospital with ebola-like symptoms, that protocols were jumbled and contradictory and not communicated clearly or at all.

“There was no advanced preparedness on what to do with the patient,” the group said in statement Tuesday night. “There was no protocol. There was no system. The nurses were asked to call the infectious disease department.”

The group alleged that nurses who treated Duncan then returned to their normal rounds, potentially exposing other hospital patients, and cited careless handling of Duncan’s bloodwork. “The result is that the entire tube system…was potentially contaminated,” the statement read.

The association said that the reports came from “several” nurses working at Texas Health Presbyterian.

“Patient and employee safety is our greatest priority, and we take compliance very seriously,” the hospital responded. “We have numerous measures in place to provide a safe working environment, including mandatory annual training and a 24-7 hotline and other mechanisms that allow for anonymous reporting. Our nursing staff is committed to providing quality, compassionate care, as we have always known, and as the world has seen firsthand in recent days. We will continue to review and respond to any concerns raised by our nurses and all employees.”