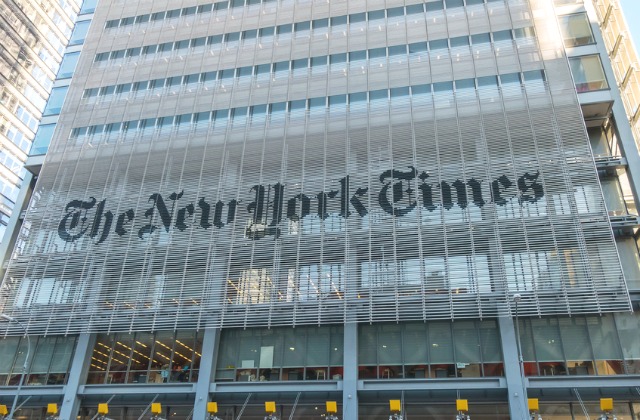 The New York Times tweeted out a link specifically promoting its climate coverage following the backlash to the debut column of Bret Stephens today.

As you’ve no doubt heard, Stephens wrote about climate change skepticism and it led to quite a lot of backlash:

reasonable people can be skeptical about Bret Stephens

1. Bret Stephens first op-ed for the NYT is an abomination https://t.co/X6Juy3jyHh

i love to subscribe to the new york times and support quality journalism. now to look at my push alerts and take a big sip of my coffee

As Mediaite‘s own Matthew Balan argued earlier, Stephens’ assertion that the “nasty left” may be worse than “bullying Trump supporters” has been bolstered by this.

Clearly the Times is aware of the frustrations being expressed online today, for they tweeted out the following link:

Where to find NYT reporting on climate change: https://t.co/Q9izvisJSo pic.twitter.com/NsLw4S7heF 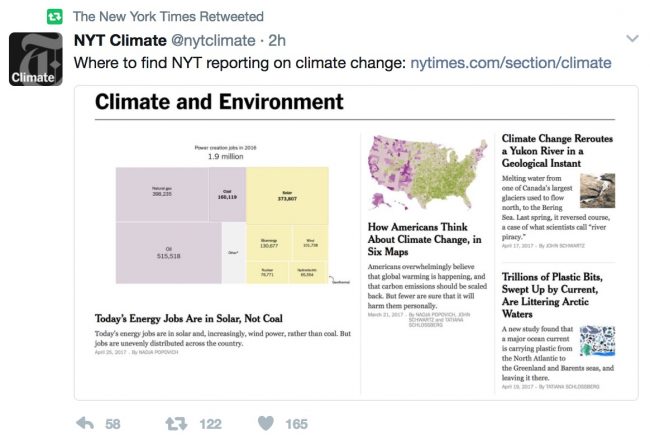