NY Times Editor: The Next Edward Snowden Should Come to Us 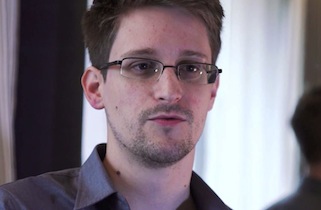 New York Times executive editor Dean Baquet gave a rather candid interview with Der Spiegel this week. How candid? Well, the first thing he talks about is the time he was so angry he punched a hole in the wall of his office.

But beyond that, Baquet has some other reflective thoughts on good journalism’s relevance in an era of virality. He admits the Times was “arrogant” and looked down on sites like BuzzFeed without considering what they might have to offer. Baquet even says it was a mistake to publish a story they had ready on drone bases in Saudi Arabia. And on top of all that, he freely admits, “The mainstream press was not aggressive enough after 9/11.”

But one thing that Baquet admits was “really, really painful” was when The Guardian and The Washington Post got exclusives with Snowden information and they didn’t. Snowden did not go to the Times, and to Baquet, “Morally, it meant that somebody with a big story to tell didn’t think we were the place to go, and that’s painful.”

Snowden had avoided going to the paper over concerns about their commitment to reporting on national security issues, stemming from when the Times spiked a story about warrantless NSA surveillance before the 2004 election after being warned by the White House.

Baquet made this pitch at the end of the interview for why the next Snowden should approach the Times:

We would show the next Snowden that we’re more willing than any news organization to cover the story. And we have the bodies, the brains, and, I would argue, the guts to publish it.