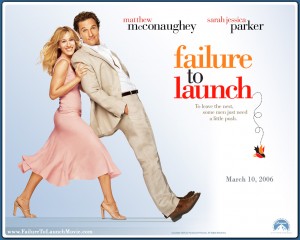 This is one of those New York Times articles that, for some reason, seems to be going viral on Twitter. Our best guess is that the idea of spending 10-pages examining what any 20-something-year-old could just tell you (that the real world has a scary number of possibilities, that we’re still not quite sure what life has in store for us, and that we’re more dependent on our parents than we care to admit) is amusing. Also, we Americans love our psychology-backed excuses (almost as much as the NYT love to tell us how we live now!) and what better excuse can you have for moving back home with your parents than “I’m an ‘emerging adult’ still coming to terms with my place in the cosmos and I need parental support.”

At any rate, the NYT Magazine today published a long piece about the growing movement in psychology circles to differentiate “emerging adults” (or “20-Somthings”) from their more mature and settled down counterparts in the 30s and 40s age range of adulthood. Some psychologists are arguing that changing social circumstances have spawned a whole new stage in life and are “changing the timetable of adulthood.”

Among the cultural changes…that have led to “emerging adulthood” are the need for more education to survive in an information-based economy; fewer entry-level jobs even after all that schooling; young people feeling less rush to marry because of the general acceptance of premarital sex, cohabitation and birth control; and young women feeling less rush to have babies given their wide range of career options and their access to assisted reproductive technology if they delay pregnancy beyond their most fertile years.

So less social pressure to settle down means we all keep acting like directionless teenagers? Gee, whodathunk?

Of course not everyone agrees that this stage of “experimentation” constitutes a new life stage (and a quick look around Mediaite offices suggests the NYT sampled from a small pool). “Emerging adulthood” is observed primarily in post-industrial societies like ours, but is far more rare in the developing world where youngsters have to assume more responsibility earlier on. And if this new life stage isn’t universally observed, the argument goes, then it can’t be a new life cycle, simply a reflection of how changing social norms affect psychological development. Or at least a reflection of how the Times lives now.