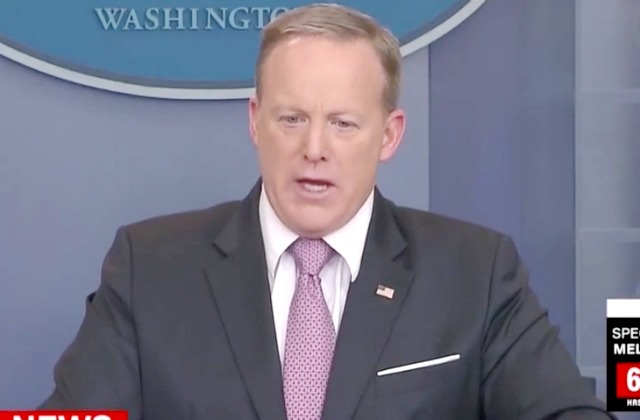 A report from The New York Times tonight looks at how people on Capitol Hill and in the White House view President Trump‘s tweeting habits, considering how the FBI director had to rebut Trump’s wiretapping tweets during today’s big hearing.

This passage in particular got some attention:

Within the White House, a number of Mr. Trump’s advisers — including the press secretary, Sean Spicer, who has himself repeated unsubstantiated claims of British spying on Mr. Trump — have told allies that Mr. Trump’s Twitter habits are making their jobs harder, said administration officials interviewed over the past week.

Sean Spicer, being the press secretary, is of course the Trump administration official who gets all the questions from the press whenever the president tweets.

Just when you thought @nytimes couldn't go lower, they make up this. https://t.co/XRKe0BOknU

Thrush tweeted that he reached out to Spicer for comment this afternoon but didn’t hear back. The report has since been updated with the following comment from Spicer:

Mr. Spicer said he has no problem with his boss’s tweeting. “It’s just not true. I have not commented on the tweets to anyone including my wife,” he said in an email.

During the briefing today, Spicer told a Times reporter their headlines are bad and he joked that he wouldn’t mind helping them out on that.