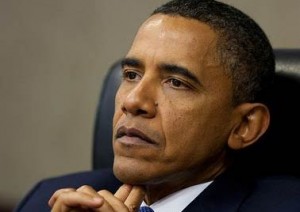 President Barack Obama faced a stiff challenge from an unlikely opponent in the Democratic presidential primary in West Virginia on May 8. A federal inmate in Texas drew 42 percent of the Democratic vote in the Mountain State — about 52,000 votes to Obama’s 70,000. While the President squeaked by with a victory in West Virginia, he could lose an upcoming Democratic primary in Arkansas where he faces an opponent who polls show is running a competitive race.

Tennessee attorney John Wolfe, who is an official candidate for the Democratic presidential nomination in 2012, is drawing a surprising amount of support among Arkansas voters in the state’s fourth congressional district.

A Hendrix College-Talk Business poll of Democrats from May 10 showed Wolfe drawing 38 percent support to Obama’s 45 percent. 17 percent of fourth district Democratic voters remain undecided in that race. The poll sampled 418 likely Democratic voters and has a +/- 4.8 percent margin of error.

Talk Business notes that the poll was taken the day after President Obama’s highly publicized interview with ABC in which he expressed support for gay marriage rights.

Wolfe told Weekly Standard that “the momentum is good.”

Wolfe is also on the ballot in Texas’ May 29 Democratic primary.