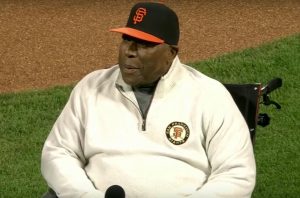 A baseball greats was among those who received a pardon from President Obama on Tuesday.

Willie McCovey, the Hall of Fame first baseman who spent most of his career with the San Francisco Giants, was pardoned by the President on his decades-old sentences for Federal tax evasion.

McCovey pleaded guilty to the charges in July 1995, according to The New York Times. He admitted to failing to disclose nearly $70,000.

CORRECTION: A previous version of this story also stated that late Brooklyn Dodgers centerfielder Duke Snider was also pardoned, citing outside reporting. That was incorrect. We regret the error.