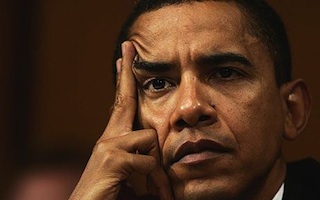 Within seconds of the most embarrassing presidential press conferences since Abraham Lincoln was forced to prove he was really dead by not breathing for 12 hours, the reaction on Twitter became the most interesting thing going. Everyone’s Twitter feeds had instantly been filled with a flurry of “certificate talk” (except for mine since I only follow the soothing thoughts of Taylor Swift). Some people were lamenting the time wasted, some were parsing President Obama’s words, and, amazingly, some already seemed to be questioning the document’s legitimacy. The amazing part, of course, isn’t that people were doing that. In fact, no one expects the certificate’s release to really change anything. The amazing part is who was questioning it.

Now, this could easily just be careful journalism. After all, we live in the age of WikiLeaks so we should know better than just blindly accepting everything our government hands us. However, it’s not unfair to say that these aren’t examples of skepticism but rather cynicism. No one in the news media has ever believed anything about the Birther conspiracy except for one thing: those silly Birthers have a lot of eyes and those eyes mean traffic and ratings.

Look at every news site today (including our’s we must admit): they are all littered with birth certificate stories. Not because this story is more important than anything else (save perhaps the Royal Wedding) but because this is the SEO equivalent of oil bubbling out of the ground. For those of you who don’t blog for a living, let me explain it this way; I could have used the above headline and merely made this entire post an MS Paint drawing of Obama exiting his mother’s womb and it still would have done better traffic than the last ten posts I’ve written on every other subject. The search term “Obama birth certificate” is now making “Megan Fox naked” look like “The Paul Reiser Show air times.”

But, I suppose this is as it should be. The inevitable climax of the Birther story would have to be covered with a big explosion of cynicism and pandering. That’s all it’s ever been in the first place. For all of you people out there who thought Donald Trump was speaking for you by voicing your questions, it’s quite possible that his “campaign” is nothing more than viral marketing for Apprentice: Celebrity Rehab All-Stars Edition 3D. And, all of us in the media? We sadly covered it because it made you all click on us and, hey, some of it was really funny.

So, yeah, maybe we shouldn’t be surprised that some news outlets seem to be trying to keep this conspiracy on life support. It’s in their best interest. But, before you forward links to articles like the Smoking Gun piece Drudge linked to, take a look at it. Ask yourself, “Why would a news article make fun of Birthers in the first paragraph while then listing bullet point reasons why the birth certificate may be fake (yes, that’s really what the article does)?” And then ask yourself, “Am I getting journalism, or am I getting pandering?” Or maybe both?