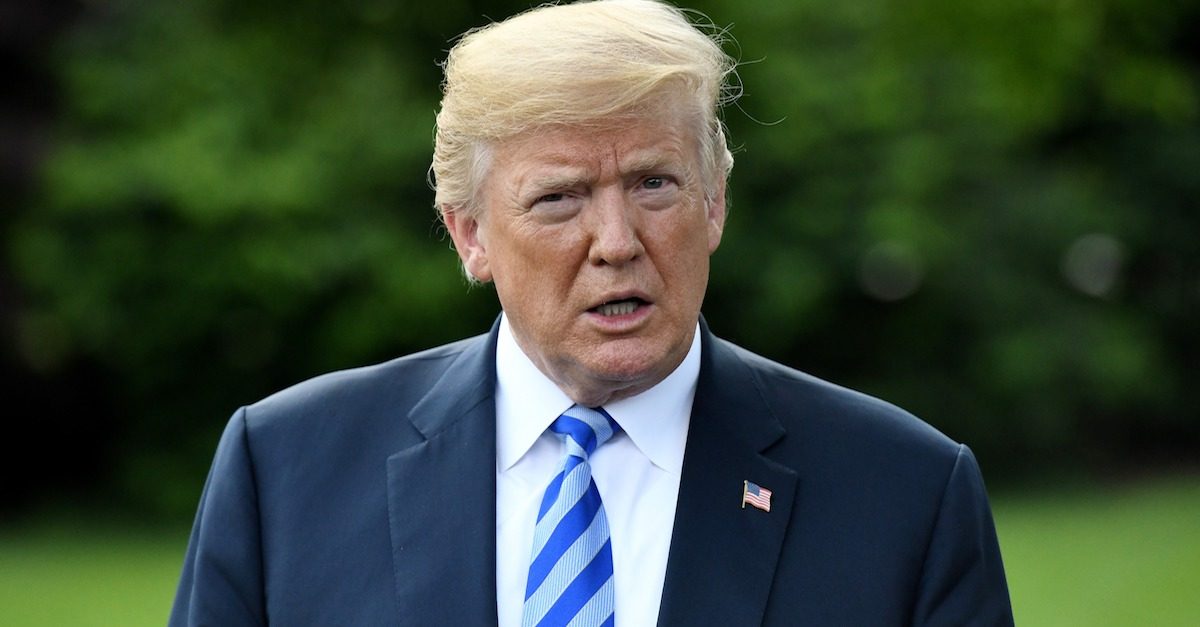 According to Omarosa Manigault, President Donald Trump was chomping on a piece of paper when his former lawyer and fixer, Michael Cohen, was leaving the Oval Office after a meeting in early 2017.

Says Manigault in her book, per The Washington Post:

“I saw him put a note in his mouth. Since Trump was ever the germaphobe, I was shocked he appeared to be chewing and swallowing the paper. It must have been something very, very sensitive.”

Another White House official confirmed to the Post that Manigault had walked Cohen into the Oval Office for the meeting, for which she was admonished. As for the paper-chewing, several White House aides said it was false and laughed at the idea. There is – naturally – no proof for it, either.

Several people had a good laugh about it on Twitter as well:

File under: too good to check https://t.co/4CvTyfl8o5

has to be false, because Trump would’ve made Cohen eat the paper, and he would’ve done it. @DevlinBarrett

Trump doesn’t eat, like, lettuce so for that reason alone I feel like paper is a little bit of a stretch but I’m going to keep an open mind until we have all the facts

I don’t buy this only because someone who eats paper doesn’t do it just once. If Trump was eating notes he didn’t want to come to light there would be a waiter at the 21 Club or Joe Allen’s with a story about the time they saw Trump eating paper. https://t.co/QC3hY4KaWa