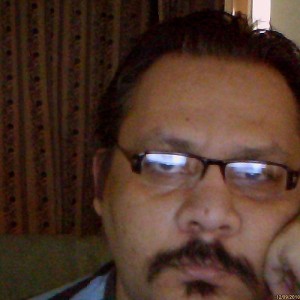 Pakistani IT consultant Sohaib Athar has effectively obliterated my little corner of Twitter history by live-tweeting the assault on Osama bin Laden‘s compound – which resulted in the terrorist leader’s death – without even knowing it. Under the Twitter handle @ReallyVirtual, Athar’s historic tweets began innocuously enough with this observation: “Helicopter hovering above Abbottabad at 1AM (is a rare event),” and jokingly threatening to take out his “giant swatter.” (h/t Shoq)

The 33 year-old Athar certainly knows about it now, but at the time, the acerbic geek-squadder just wanted some peace and quiet. His Twitter bio says, simply, “An IT consultant taking a break from the rat-race by hiding in the mountains with his laptops,” and his first several tweets bear that sentiment out, as he just seems relieved when the noise stops.

As if any further evidence was needed that Twitter has more than come of age, Athar’s feed offers a compelling, at times funny (he even creates a running gag about his copter-swatter), window that didn’t exist when bin Laden first took flight, and one which history may record as the first of its kind. Imagine a tweet from a cranky theatergoer in 1865 that read, “Trying to enjoy play, some knucklehead making racket in balcony. #usherfail.”

Update: Here’s a link to a compilation of tweets from the region.

Here are the first of Athar’s tweets, in chronological order: (you can see them all by following him on Twitter)

Helicopter hovering above Abbottabad at 1AM (is a rare event).

Go away helicopter – before I take out my giant swatter :-/

A huge window shaking bang here in Abbottabad Cantt. I hope its not the start of something nasty :-S

@m0hcin all silent after the blast, but a friend heard it 6 km away too… the helicopter is gone too.

han3yy Hania Ahmed  by ReallyVirtual OMG :S Bomb Blasts in Abbottabad.. I hope everyone is fine :(

@raihak Funny, moving to Abbottabad was part of the ‘being safe’ strategy

Since taliban (probably) don’t have helicpoters, and since they’re saying it was not “ours”, so must be a complicated situation#abbottabad

@raihak yep, the mad power cuts have reached abbottabad – 14 hours daily – luckily I have a generator AND a UPS at the coffee shop

@kashaziz technically, it is unidentified until identified, and it is a flying object, so year, why the hell not, we have seen weirder stuff

@tahirakram they’re not saying anything

The abbottabad helicopter/UFO was shot down near the Bilal Town area, and there’s report of a flash. People saying it could be a drone.

@wqs figures, if they have the right to shoot planes flying over the president house, the must have the same instructions for PMA

@smedica people are saying it was not a technical fault and it was shot down. I heard it CIRCLE 3-4 times above, sounded purposeful.

@tahirakram very likely – but it was too noisy to be a spy craft, or, a very poor spy craft it was.

@smedica It must have been more, I started noticing the helicpoter when the noise got irritating – which part of Abbottabd are you in?

Here’s the location of the Abbottabad crash according to some people >>> http://on.fb.me/khjf34

Two helicpoters, one down, could actually be the training accident scenario they’re saying it was >> http://bit.ly/ioGE6O

and now I feel I must apologize to the pilot about the swatter tweets :-/

And now, a plane flying over Abbottabad…

@raihak The day there is uninterrupted electricity in Lahore for a whole month, I will start packing my bags, until then, Abbottabad is home

1 dead and 1 injured in Abbottabad for heli crashed

naqvi rt by ReallyVirtual I think the helicopter crash in Abbottabad, Pakistan and the President Obama breaking news address are connected.

Report from a taxi driver: The army has cordoned off the crash area and is conducting door-to-door search in the surrounding

@kursed What really happened doesn’t matter if there is an official story behind it that 99.999% of the world would believe
@kursed Another rumor: two copters that followed the crashed one were foreign Cobras – and got away

@ahmedbilal @kursed Sadly. We should start learning how to spread believable stories and recreate a reality that suits us.

@kursed True, but stranger things have happened. I just hope they don’t find my giant helicopter swatter. Must hide it :-/

Report from a sweeper: A family also died in the crash, and one of the helicopter riders got away and is now being searched for.

@kursed Well, there were at least two copters last night, I heard one but a friend heard two, for 15-20 minutes.

@kursed I think I should take out my big blower to blow the fog of war away and see the clearer picture.

I guess Abbottabad is going to get as crowded as the Lahore that I left behind for some peace and quiet. *sigh*
RT @ISuckBigTime: Osama Bin Laden killed in Abbottabad, Pakistan.: ISI has confirmed it << Uh oh, there goes the