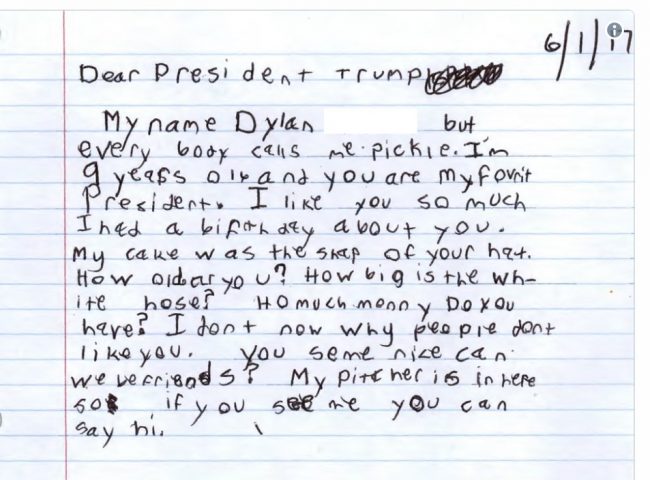 Thanks to some intrepid reporting by Monica Hesse of the Washington Post, we can now say that Pickle, the human, is not a figment of anyone’s imagination.

Per the Post‘s report, Dylan “Pickle” Harbin lives in Stockton, CA. His mom, SueAnn Harbin told the Post that she’s not herself political. But Dylan came to learn about Trump in his third grade class, which held a mock election last year. From there, he went on to have a Trump-themed birthday party, and came to love all things Trump.

“Do you think Donald Trump will live to be 100?” Pickle reportedly asked his mom. “Because then he can watch me be president.”

We suspect, should that day come, that some people will be looking for Pickle to produce his birth certificate.

In fact… while we’re on the subject.