Piers Morgan Asks If White Girls Should Be Allowed to Sing the N-Word, Twitter Says ‘F*ck Off’

Piers Morgan Asks If White Girls Should Be Allowed to Sing the N-Word, Twitter Says ‘F*ck Off’ 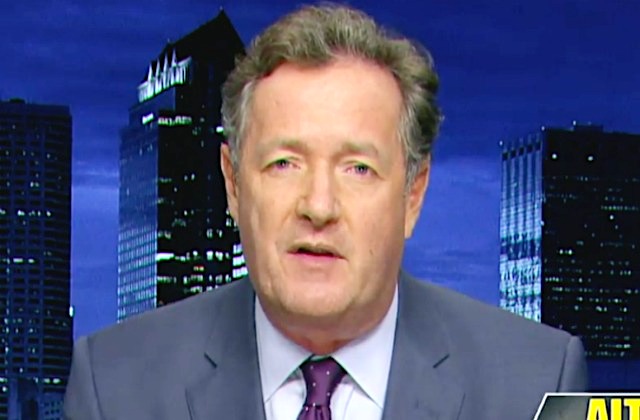 The ratio on that tweet should tell you just how well-received Morgan’s hot take was. And after his piece came out — a column blaming the rap industry for using the N-word too much in songs and making white girls say the word in public — the negative reaction only increased. (Probably because the ex-CNN host wrote out the word “n***a” 21 times in the column.)

Retweet this if you think that Piers Morgan should go on a tour of black neighborhoods & explain why white girls should be able to say nigga https://t.co/1UGi4ETBY3

Why is @piersmorgan obsessed with telling ppl who is allowed to say nigga and who isn't? I wrote abt his nigga obsession 2 years ago.

There are bad ideas and then there's what Piers Morgan just tweeted.

If any of you share that Piers Morgan article, even to be outraged, my block finger is ready

Piers Morgan wrote a column just so he could use the word "nigga" online. My man.

Hey @piersmorgan, how many retweets for you to contractually have to put this tweet on your headstone? pic.twitter.com/PBFQQEdNqG

.@piersmorgan: No, white people cannot use the n-word, and you’re an ass for suggesting otherwise https://t.co/Os7QHgsXcT pic.twitter.com/YqZA4KWSWu

And, of course, since Piers Morgan LOVES attention — negative or otherwise — he made sure to get himself fully involved:

You need to read the column.
Urgently. https://t.co/NCpbSwRDCJ

Ironically, it's 100% about the complete opposite. https://t.co/RQ6TKITrde

Kanye's a talented, fascinating guy. I just don't understand why if he sings 'niggas', his millions of white fans can't sing it too? https://t.co/bus3nOuTNf

I was always right then, too. https://t.co/kRg6ICUvdo

And he highlighted the main reason why he wrote the column in the first place: