Police Investigating After Googly Eyes Found on a Savannah Statue

Try not to laugh. 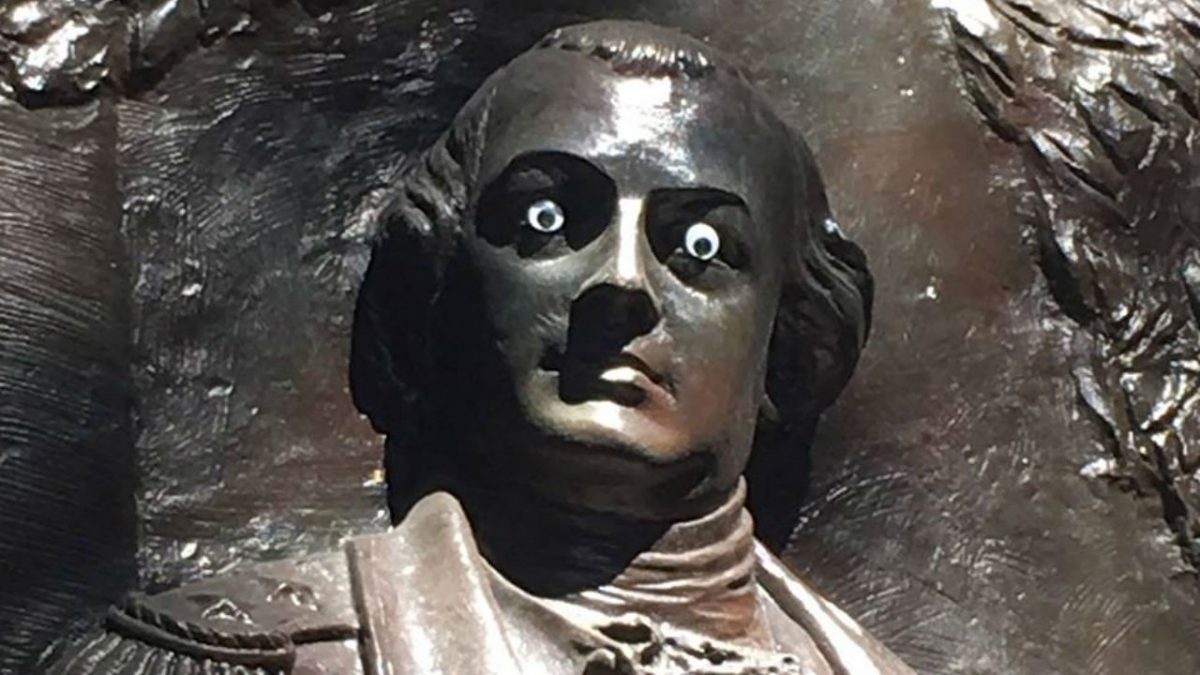 The City of Savannah Government posted that picture on Facebook Thursday, saying, “Who did this?! Someone placed googly eyes on our historic #NathanaelGreene statue in #JohnsonSquare. It may look funny but harming our historic monuments and public property is no laughing matter, in fact, it’s a crime.”

The vandalism has gone viral because, well, it’s kind of funny. One police official told BuzzFeed News they will be looking at surveillance footage, explaining, “If we didn’t do anything this thing could get out of hand. We want people to understand we don’t want to see this kind of thing happening.”

[image via City of Savannah]