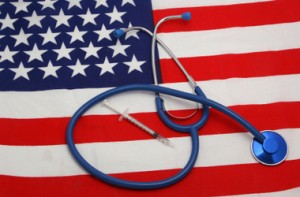 Last Week, PolitiFact designated the term “government takeover of health care” as its “lie of the year”.  While this title certainly holds some surface merit (the final Congressional product does not denotatively constitute a takeover), the way in which PolitiFact dismisses the Republican attack line as a total fabrication is troubling.  Furthermore, PolitiFact brushes off public reaction as a mere byproduct of campaign politics, rather than an overt rejection of big government philosophy.  Accusing Republicans of flat out lying without offering a full context is journalistically irresponsible.

In case you were living under a rock from 2009 to 2010, the “government takeover” line was used by Republicans to describe the health care bill.  Unfortunately, rather than digging deeper into the connotative meaning and the widespread angst that Democratic proposals produced, PolitiFact fails the American people in its analysis.  According to PolitiFact,

By the time the health care bill was headed toward passage in early 2010, Obama and congressional Democrats had sanded down their program, dropping the “public option” concept that was derided as too much government intrusion. The law passed in March, with new regulations, but no government-run plan.

While this may be true, this is an oversimplification to say the least.  Obama and the Democrats were forced to “sand down” the legislation as a result of public outrage and Republican dissatisfaction with their attempt to overtake the healthcare system.  It’s not as though the liberal establishment willingly pared down the initial proposals; Democrats had no choice but to adapt to the public’s reaction.  It’s interesting that PolitiFact calls “government takeover of health care” the lie of the year when it’s impossible to deny that the entire premise of the Democratic plan was for the fed to become a direct service provider.

Looking back at Barack Obama’s own words, one can easily see big government philosophy at play.  When speaking to an SEIU audience in 2007, Obama said,

“My commitment is to make sure that we have universal healthcare for all Americans by the end of my first term as President…I would hope that we could set up a system that allows those who can go through their employer to access a federal system or a state pool of some sort. But I don’t think we’re going to be able to eliminate employer coverage immediately. There’s going to be potentially some transition process.”

If this doesn’t constitute intent to take over the entire system, I’m not sure what does.  After all, the Democratic push for federally-run health care has been at the forefront of leftist agendas for the past two decades.  Unfortunately, PolitiFact contends that Republicans purposefully lied to the American people, stating that they “…didn’t let facts get in the way of a great punchline.”  Perhaps PolitiFact should consider the notion that the facts drove the discourse.

The editors and researchers over at PolitiFact contend that the “government takeover” line “…played an important role in shaping public opinion about the health care plan and was a significant factor in the Democrats’ shellacking in the November elections”.  This contention is lethargic at best, as it conveniently overlooks the overarching philosophy at play.

I’d argue that the Democrats’ own railing on about the need for government-run health care was enough to scare voters into rejecting leftist philosophy.  In its final form, the health care bill was certainly “sanded down”.  But one could argue that it’s the original provisions and the entire process that put a sour taste in the mouths of voters who, prior to Obama’s historic win, were craving change, not governmental co-opting of nearly every sector.

The November elections had little to do with the governmental takeover line and everything to do with a dislike for liberal policy.  Even though the Democrats dropped the public option in March 2010, Americans were well aware of their true intentions – and they carried this awareness to the polls.

Even in the final bill, there are a plethora of elements that constitute unprecedented government involvement in the system.  Despite legitimate concern over these tenants, PolitiFact draws some less-than-adequate comparisons in an effort to drum up support for its lie of the year.  According to PolitiFact,

Consider some analogies about strict government regulation. The Federal Aviation Administration imposes detailed rules on airlines. State laws require drivers to have car insurance. Regulators tell electric utilities what they can charge. Yet that heavy regulation is not described as a government takeover.

Fair enough, but airlines and electric companies differ from individuals.  Where in the Constitution can one find support for requiring American citizens to purchase a product or service (let alone face a fine for not doing so)?  The answer: Nowhere.  The state car insurance example is weak, because states – not the federal government – make their own requirements (and the rules differ per state).

On a final note: If new rules or regulations, absent a “public option” are so constricting or change the landscape so much so that the system, itself, is greatly impacted, one could easily contend that the government has overtaken the system.  If a rowdy guest interrupts a birthday celebration by throwing expletives around and taking the focus away from the birthday boy or gal, one would say that he or she co-opted the party.  The health care legislation actually creates a scenario in which companies are discouraged from providing coverage, with individuals facing a fine should they choose not to opt in (and the bill barely does anything to address cost).  I’m pretty sure those disruptions, alone, constitute a control of sorts.

In the end, PolitiFact was likely well intentioned, but failed to think these elements through.  Their coverage showcases an inherent inclination toward Democratic ideals.  It’s fair to say that the GOP exaggerated slightly, but calling the party out for full-throttle political lies extends beyond insanity and into the realm of “liberal media bias”.