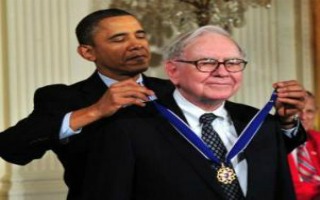 President Barack Obama made news on Friday after an early information dump which included his 2011 tax filings revealed that the president and his wife paid 20.5 percent on nearly $789,674 of adjusted gross income. President Obama’s secretary, Anita Decker Breckenridge, who makes $95,000 per year paid a “slightly higher rate” than the president.

White House spokesperson Amy Brundage told ABC News’ Jake Tapper that Breckenridge “pays a slightly higher rate this year on her substantially lower income, which is exactly why we need to reform our tax code and ask the wealthiest to pay their fair share. ”

President Obama has been lobbying for what he calls “the Buffett rule,” which would institute a minimum tax on those that make more than $1 million per year in order to achieve “fairness” in the tax code. The key pitch that the president made for this proposal when he first introduced it in the fall of 2011 was that it was fundamentally unfair that Buffett paid a lower rate in taxes than his secretary.

In Obama’s 2012 State of the Union address, he said that “Washington needs to stop subsidizing millionaires.”

Right now, because of loopholes and shelters in the tax code, a quarter of all millionaires pay lower tax rates than millions of middle-class households. Right now, Warren Buffett pays a lower tax rate than his secretary. Do we want to keep these tax cuts for the wealthiest Americans? Or do we want to keep our investments in everything else – like education and medical research; a strong military and care for our veterans? Because if we’re serious about paying down our debt, we can’t do both.

Opponents of the plan say that the approximately $4 billion such a tax would raise would have next to no impact on the debt or government spending and would also take less money out of the economy thus reducing demand at a crucial period in the fragile economic recovery.

President Obama would fortunately be exempt from the Buffett Rule since he made less than $1 million himself. The Obamas also donated nearly a quarter of their income, $172,130 dollars to charity.

What’s more, he paid a lower rate than Vice President Biden, who made less than half what Obama did. Biden paid a 23.2 percent rate on $379,035 in income.

Some of the difference is due to deductions for charitable contributions – the Obamas contributed substantially more last year than the Bidens.