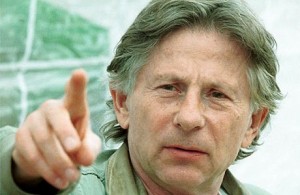 In an online column yesterday on the Washington Post‘s opinion blog, Anne Applebaum voiced her disagreement with the “outrageous arrest of Roman Polanski,” who was taken into custody in Saturday night in Switzerland on a U.S. warrant from 1978. Applebaum argues that to put Polanski on trial or to jail him “does not serve society in general or his victim in particular” and wonders if “there must be some deeper story here.”

As it turns out, there is: Applebaum is married to a Polish foreign minister who is fighting for the Polanski case to be dismissed, and she failed to disclose it. According to blogger Patterico’s Pontifications (an employee of the L.A. County District Attorney’s office, “which is seeking Polanski’s extradition”), as the WaPo columnist was giving readers “a fact-challenged screed in support of Polanski, she was failing to disclose that her husband was a Polish official who was lobbying for Polanski’s freedom.”

Of course, this isn’t the only journalistic mishap since Polanski’s arrest. Yesterday, AP accidently published a reporter’s notes about the case instead of a full report, but the fallout from blunder was overall pretty minimal. In more ethically questionable territory is Applebaum, whose husband is Foreign Minister Radoslaw Sikorski, a man who, along with Poland’s president, “said they would appeal to US authorities to drop proceedings against Polanski.” Interestingly enough, according to Patterico, Applebaum disclosed her marriage only five days ago, in a column about Obama’s diplomacy in Europe.

UPDATE: The Washington Post‘s Editorial Page Editor Fred Hiatt supplied Mediaite with the following comment: “Anne Applebaum has disclosed her marriage to the Polish foreign minister a number of times in her column, including very recently, so it is no secret. As she has written in a second blog posting today, she did not repeat the disclosure in her original blog because she did not know at the time that her husband had any connection to these events.